1. How did you grab the role of ‘Bardi’ in Danny Boyle’s “Slumdog Millionaire”?

A: I was one of the last to join the cast and it was a cameo. I got to have a tea with Danny Sir and when he asked me to say the lines, I had even forgotten those because I was talking a little bit of world cinema for him.

2. If you wanted to become an actor, then why did you start your career as an engineer?

A: Well I am not that guy who knew it from 13 years what he wanted to do. I am from a small town and I was very studious. I come from an agricultural background but everyone in my family is very well educated. So the obvious choice for me was to do medicine or engineering. But like every other young Indian boy I was fascinated by cinema and Bollywood. Delhi became my game changer; while doing my job there, the voices of my hearts kept getting louder and finally a break up led me to pack my bags and leave from Delhi. The thing is that I always acted on my impulse which is not wise but indicative of the vagabond and artiste in me from the very beginning.

3. Did you get your family’s support when you took the decision of leaving your ‘well-paid’ job and try out in the glamour world?

A: Initially the family was supportive but after a year, my father stopped that as he thought that I will come back home if I had to struggle there. But everyday running around for my dreams gave me more joy than a cushioned and ‘well-paid’ job. But to give them due credit, my family has been my rock ever since.

4. How was your journey till now in this acting world?

A: Exciting. Fulfilling. Enriching. and entertaining. This year is lined up with amazing projects and 2018 will be mine.

5. You have attended dance workshops under renowned dancers so, this means you’ve a passion for dancing as well?

A: I have a natural rhythm to me that in fact go a bit off with choreographed dances in the beginning. I think dance and music give expressions to your passion and give real joy to your soul. I feel every Indian has a passion for dancing. Some are good at it and some learn. I am a mix of both.

6. Do you feel that nepotism is ruling the industry at present?

A: Well I think you should tell me. More than us actors commenting on it, It’s media who should be questioning if they give value to true talent or to bloodline.

7. Say us something about your latest project, “The Idiot”?

A: The Idiot is a very special film. I feel so lucky to have acted under the direction of Ruchi Joshi and Sriram Ganapathy. The film deals with a very relevant subject of Islamophobia. We hope it starts right conversations into the subject and brings back the focus to lynchings of humans rather than to killing of cattle for food.

8. Do you feel the film industry is perfectly fine? If given a chance, what are the changes you would like to make?

A: We need to have independent market. Imagine people make wonderful films and all have to come to one big market to sell it, where your product will be judged on quality and not on star power. Now that will be super. Further the government should start supporting arts and cinema in this country. Independent films should be made tax free. Also the Censor Board should move away from the control of ministry and should be handed out to an autonomous film body.

A: A lot. Fingers crossed and thumbs pressed.

A: Well, wish me luck, and keep supporting me like you all have done. I will be much more available and accessible in the coming year and so look forward to interacting more with you all soon. And a Big Thank You for everything till now.

A: Thank you for giving a platform to my words and I hope to keep interacting with my and your followers. An open interaction with Malabika Sen-the Actor, Singer, Dancer and a Teacher 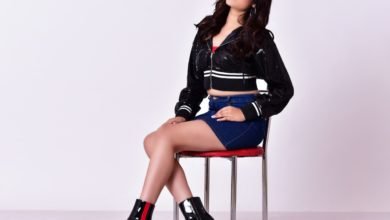