Well yes, “MANN TOH KIYA” Ishetaji ( Isheta Sarckar) has written and composed this song. This song is as beautiful as she is. I am thankful to her that she gave me the opportunity to sing this song and secondly thanks to LaughaLaughi that you are interviewing us and promoting our independent music.

I just want to thankIsheta Sarckar to make this song and I call her my “GURUJI”(Respected Teacher).

It’s like if you admire a girl and you want to marry her then there is no such influence, similarly when Isheta Ji made me listen to this song I immediately fell in love with the song and the tune. I wished that I could sing this song and the Almighty has helped us to sing the song as well as to shoot the video of the song nicely. Then we got Rebecca ji to promote our song and then  LaughaLaughi to promote our song further. So all these things became a link to our song. God has inspired Isheta ji to make this song and then the melodious tune of the song made me attracted towards the song. I enjoyed singing the song and I am glad that that people are admiring our song and are listening to it.

The experience was very good. When you have a good company and you see people are supporting you then of course, the experience becomes a thrilling one. Isheta (Isheta Sarckar) is such a lovely person to work with. We had Ramji Gulati who did the production with management of the full video. We gave his company the responsibility to manage the production work of the video. And we are very much satisfied when we saw the video. We are actually full of content. Isheta ji is not new to the world of acting as she has already introduced herself to modeling and acting but for me, it was absolutely new. But everybody helped me a lot- the makeup artists, the directors, the crew members, Ramji- everybody helped and supported me a lot.  Even you know the local people also supported us a lot. So overall it was an experience and I had learnt a lot from all of them.

Yes, only for our songs not for other songs.

6) Being a singer do you think the instrumental music accompanied in the song has changed the flavor of the music?

Yes, of course, the instrumental music has changed the total flavor of the song.

7) Share your experience of working with director Sajan Patel.

The complete composition and production is done by Isheta Sarckar. I was there only for dubbing. Isheta ji was there for the whole production that might be either the whole guitar dubbing or for some other production related work. She handled the total production work. I was not there when the production work was going on. But yes while dubbing  Isheta and Sajan, they were helping me and guiding me and both of them were big help and guide for me. Overall I totally loved working with Sajan.

Working with Isheta (Laughs). It will take 4-5 hours for me to explain this (Laughs). She is a fantastic person. If I were a girl I would have loved to be like her. She has a leadership quality wherever it might be- like in shoots, dubbing, spending money- everywhere. She was very supportive and we all worked together being a cooperative team but sometimes some girls have some boundaries that you cannot do this or you cannot do that but I think this girl(Isheta Sarckar)  does not know what boundary is. She likes whatever she wants to do and also likes wherever she wants to go. In little words, if I need to describe her , I will say “ She is a perfect girl whom the God has sent to work in the music and entertainment industry and I wish her Good Luck.”

9)Now for a change in question, Harish sir tell us little about your journey from Indian Idol to a popular and an established singer?

For Indian Idol audition, there was a big crowd. More than 10,000-50,000 people were there in the crowd for audition. I never thought that I would be the one to get selected among those people and that is also among the Top 10 finalist. I struggled a lot to make my path. After Indian Idol, I was a completely different person and at that time I was so happy that people started recognizing me. After Indian Idol, I was glad that people around me started recognizing me as Indian Idol finalist. No one ever thought that one day I would achieve the fame and people would start knowing me. I am from a small town called “Ujjain” so it was very pleasing when people from Ujjain started recognizing me as “ arre yeh ladka Indian Idol mein aaya tha nah?!” When I came to Mumbai from Ujjain I didn’t know anyone here in Mumbai. So the show gave me a shelter to stay in Mumbai and also helped me to move to Mumbai from Ujjain. So this show means a lot to me. Moreover, I cherish the memories which I had on the sets of Indian Idol. And  there are uncountable memories of mine with-  Abhijeet ji, Sonu ji, Aditi ji, Vishal ji, Farah ji, Anu ji  and also with the crew members of Indian Idol and with the other participants also. When I got excited from the show I thought everything is finished and now no one will remember me but I was wrong as people remembered me as Indian Idol contestant. Indian Idol gave me the identity and I feel this is the biggest gift God has given me in my life through the platform of Indian Idol.

10) How is “MANN TOH KIYA “ different from your other songs and albums?

I have sung other songs and Isheta ji has also sung other songs. Her songs have also reached millions of views and my songs have also reached millions of views. I did one  “ Dil ko Tumse Pyar Hua”, I have composed and written one song named “ Dil Maane Na”, I did one song “Asra”, I did one cover of the evergreen love song of Salil Choudhury “ Kahin Door”, I sang one song “Sapno ki Galiyon Mein” . All these we created and made together with an aim to reach the audience through YouTube. We have a platform nowadays called social media through which you can reach to people and you can showcase your talent. And we are focusing more on independent music. Independent music today is also a trend today where singers write and compose their own songs, make videos of the songs and promote it and thus playing varieties of roles like actor, singer, lyricist, composer and also promote it further. So most of the songs that we have done are independent music. And people have appreciated our independent music. We got many views and appreciations from people. I and Isheta went for live concerts after Mann Toh Kiya and you know everyone in the audience sang the song with us and this makes you more glad when you see the optimistic response from people for your work. And this is a big encouragement for me and Isheta.

11)Any message for your fans.

(Laughs) Wherever I am it is because of people. Starting from voting for me in Indian Idol to appreciating my songs. People view our songs on YouTube and other social media websites and also like those. We do many live concerts and the people, the fans they support and encourage us. So for us, fans are our doorway to reach our God. Without them we are incomplete. When there are people to appreciate your talent, to love you and your talent, to support and give compliments to you then it is much more enthusiastic work forth as a performer and as an artist. So “main apni fans ko jitna bhi Thank You bolu utna kam hain” and would further like to say our fans to support us, not only me and my music but also everyone who are struggling and working harder to make their path in the music industry. On face with Alivia Sarkar 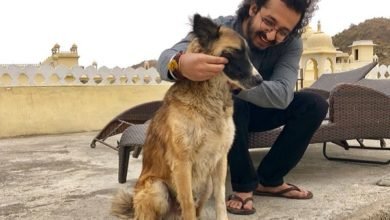