Let me tell you a brief about how I was fetched for Padmaavat. I had worked with Mr. Bhansali for two other films. I started with Ram Leela, where I was not a composer, I was a producer. When Bajirao was finished, two weeks later I got a call from Sanjay Sir; he must be having Padmaavat in mind but he hadn’t told me about it. He gave me a brief about the character and he described me the Jauhar sequence and how can we visualize that. He asked me to compose a theme. As soon as I got ready we took it forward.

Yeah absolutely, there was a lot of difference in my mental preparation. Bajirao was my first ever mainstream film in the industry. So I was trying to adapt with the environment of how to work in Bollywood. Of course it was a historic film so I had to do a lot of research based on Marathi culture. And with another historic picture like Padmaavat, though there is a similar feel, but before 17th century in India as  there had not been so much of technological development, so whatever was there in 11/12th century  before the British came, that was all. So my research had been on how can I make this period more different from Bajirao. So, in this film there was a contrast of two cultures, the Khiljis and the Rajasthani culture. I got into acquaintance with Rajasthani scholars and learned how the Khiljis traveled from Rann to Afghanistan and eventually settled. So the preparation revolved around that era.

Score is not only for a period film, but also a very integral part for bringing out the subconscious emotions. Sanjay Sir is excellent, and he picturizes the whole thing in a way that you get a proper idea. So, the job of a composer becomes easy, because you have to read a lot on the film, when you see the thing on the screen and then you take it and work in a way that evoke emotions. There are so many sequences where there is no dialogue, like the climax, the Jauhar scene, where no dialogue and only action is happening. So I had to capture the mindset of the characters at that point or the energy level, this kind of thing I like to maintain.

I always wanted to become a score composer. Once I had that opportunity, at the time of Bajirao Mastani, it was a dream come true.

I had not imagined that my job would reach so much with Bajirao. Bajirao was released throughout the world, I got calls from different parts of the world, from London and the teachers from whom I have studied.

As a composer I always try to find what my director wants, it’s very important for a film to become a storyteller. Both of these movies are periodic and by the same director, so it is very important for me to understand him. So for me, scoring becomes a collaboration. I always try to adapt to whatever my director wants, whether it’s periodical or contemporary.

As there are two cultures shown in the film, one is the middle eastern culture, Khiljis and the western Indian culture for Rajasthan. So for Rajasthan I used a lot of Sarangi which is commonly used in folk music . For Khiljis I used Zurna, because Zurna is used for Iran and Afghanistan.

I start on a blank space, I do not expect the kind of thing and I do not like to think about what is going to happen. So if it goes well, then it’s God’s grace. As an artist, things are not in your hands. Not every composition by every legend is great, so it depends.

I am into many good projects already, which I am not supposed to reveal now publicly, but I will share the news as soon as possible. I am looking forward to collaborate with more people now.

Every time it’s like the first time, because I get to learn a lot and gain experience. And working with a legendary director like him was a dream. After Bajirao I was not sure whether my work was appreciated or not, but Padmaavat gave me the confidence that he is liking my work.

This is the exact feel before I entered the industry. You are absolutely right. Not only the background scorers but also people from other departments, like technicians, even the writers are not given much importance. But if you look at them, they are the core foundations of a film. You will see some discrimination are done, also in the technical category. But if you go abroad, in the award functions and all, you do not see that. The film society includes the screen play writer, composer, photographer. And it should be taken care of so that more people get encouraged, and put in effort to join such departments.

I would ask them to go after their gut feelings. And do not listen to whatever the conventional world is saying. You want to be something, a background scorer, so go ahead and become one.

It’s a great interview and am so happy that you are making effort in finding talents in a world and bringing out people who are not in the limelight and promoting their work where no discrimination is done. So thumbs up to you. And all the best. 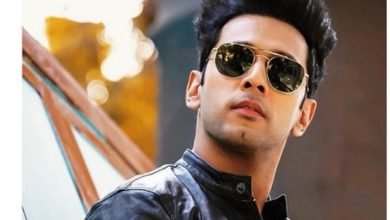