1.  How did the Indian Jam Project start?

I (Tushar Lall) have been under the influence of both Indian classical and western music since I was a kid.
I played western but I was surrounded by a lot of friends who knew Indian classical. I was a big fan of Game of Thrones. I liked the opening sequence to the show a lot, so I wrote an Indian arrangement for the opening theme. That’s where it all started from. My friends Samay and Prathamesh were kind enough to perform it with me!

2. Was this project the product of many nights’ thoughts or just something which popped up in your mind randomly?

Definitely not many nights (laughing). But its just one of those things which is extremely catchy, so it blew up 🙂

3. Should your huge audience know about the probable few name rejects before you came up with “Indian jam”?

Actually this is a funny story! The second video had the title – Game of Thrones Indian Jam , which meant an Indian jam session for Game of Thrones. But then Michael Price tweeted “indian Jam ” as a band name, so we had to stick with it! Its not the best name , I agree. 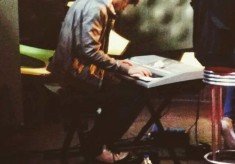 4. What are the kinds of music you like to listen? Would you say that has affected the choice of the themes this project has covered?

All sorts actually, Snarky Puppy, Hiatus Kaiyote, Trilok Gurtu.
In a way yes, but again, these are mostly covers, so not much!

5. So GoT theme, interstellar, Sherlock, pirates of the Caribbean and harry potter. Did you choose these tracks because of their already established popularity or are they your favourites too?

To be honest, yes. I do have to pick themes which already have a huge following already since it needs to be delivered to a huge audience . It helps a lot if they already know the piece 🙂

6. So can we safely assume that you are Sherlocked-potterheads?

Damn right we are! 7. Are you happy with the response that your compositions are getting?

Up till now, all the love we’re getting is very, very overwhelming! it makes us do what we are doing!

8. What are your upcoming projects?

9. Do you plan on working on original compositions as well?

I plan on releasing a couple of originals really soon! But thats gonna be a seperate project. Im gonna keep indian jam only for covers 🙂

10. Are we going to see other artists tie up with the Indian jam project in the future?

One of their spectacular music treat for all of us :  Click Here