Tell us about your so far journey as a dancer, singer actor and a very much grounded teacher (Malabika Sen).

First of all, I learnt dancing from the age of 4 and my base was Kathak, but I used to perform in North Indian style and later on I felt passionate towards Bharatnatyam and I came in influence with Guru Thankamani Kutty and from there only I started my professional journey as a Bharatnatyam dancer. I never thought I will pursue my career in dancing. My father always wanted that I should move forward with singing and I should become a singer, but my mother wanted me to go on with dancing. So, both had expectations on me but later on I took dancing as my career and started to perform on stage professionally. And later, I learnt Kuchipudi also and now I perform both Bharatnatyam and Kuchipudi professionally. And for singing it was my father’s ambition to let me pursue my career in singing. I have diplomas in Classical and Nazrulgeeti. I have learnt Light Classical to Roma Basu. Though I stopped to sing in between but now at present I have again started to sing. I have play backed in a recent song and I have some singles in YouTube and teaching is my main profession. I love to teach students. I am a teacher at Bidya Bharati Girls’ High School and that’s how everything is going on in life.

Actually, Bharatnatyam is something which I had learnt from my early childhood and I have given my blood and soul in it. And I believe if any form of classical dance is learnt with high concentration and your body gets accustomed to that classical form of dance then you can easily perform any forms of dance. And Kuchipudi is one of my intensely loving forms of dance. Thakmani Kuttyalso has immense passion for Kuchipudi. When I started to learn Kuchipudi there was no such Kuchipudi teacher here so, Thankamani mam arranged for me to go to Chennai and learn over there.

Who is your inspiration in the field of dance?

My mother is my inspiration. She always wanted me to pursue my career in dancing. Alarmel Valli and Yamini Krishnamurthy are my idols.

You are an example of a complete artiste. Besides having at par dancing talent in two forms of Indian dance, you are also an amazing singer which few people know. And recently two of your music videos, “Na Jeo Na” and “Eto Boro Akash” released and have been appreciated by people. Being a trained dancer, are you a trained singer as you sing so flawlessly?

I learnt classical for many years and then I have learnt light classical from Roma Basu and, I have diplomas. But dance was and is always my passion. But in the meantime, I had so many stage performances and I had to go outside that I could not give my time towards singing. So, I selected dancing from my side and I would say many opportunities came in my way in dancing. Now Rema Bose, a director and a very good singer insists me to sing. And thus, I have again started to sing, and I have many youtube videos already released and some videos are on its way to be released. Infact Rema, is the one who insisted me to act in films also.

“Meri Jaan”, one of the songs in your voice won Special Festival Mention Award at the Noida International Film Festival 2017. How did “MeriJaan” happen?

Rema & I were just discussing casually and suddenly Rema felt that she would make me sing in a Hindi song. And I am a big fan of the Hindi Retro songs. And that’s how I sang “Meri Jaan” and finally Rema again approached me to shoot the music video also. And “Meri Jaan” happened with a story.The video got immense popularity and we won the award. It was unexpected.

Rema Bose’s directorial debut, “Bhagsesh” was released which won hearts of people. Tell us the reasons behind choosing the character of Madhubanti in the film, “Bhagsesh”. What attracted you towards choosing Madhubanti?

See, every girl and every woman have maternal instinct with her. It is her inborn quality. You can see girls playing with dolls, becoming the dolls’ mothers in their childhood. In fact, not only women but also some men also have this maternal quality in them. I also have that maternal instinct in me very much. Infact, I share a beautiful bond with my students. I consider them as my own children. And when I heard about such touching story, I immediately said yes to the character.

What are the memoirs you have while sharing screen space with Veteran and Legendary actor, Soumitra Chattopadhyay?

I gave my first shot in Posto opposite Soumitra Chattopadhay and Lili Chakraborty. It is a big achievement as well as an experience for me to share my first screen space with him. I used to know him from before. When we were shooting for Bhagsesh, one shot was taken in my mother’s house and as he is very much aged, he has many restrictions of not ascending on staircase, he can’t shoot for more than 4 hours. He is very much sincere and literally he has so much patience while giving shots. He never feels irritated for a fraction of second also while taking takes. And after working for so many years still, he is so patient in listening what the director and the script want. And I think this is the reason why he is so much successful and why he is in this position. So, overall it is absolutely a stellar experience and it is very momentous for me.

You are a perfect motivation for the aspiring dancers, singers, actors as well as for teachers, though you are a perfect all-rounder handling everything with excellence.
So, do you want to give any message for the aspiring dancers, singers, actors and as well as for those who want to be in the academic field but also have knack for creative field?

What are your upcoming projects?

I started to shoot for “Fagun Bou” by Magic Moments Production and it is a dream for me to work with this production as I am a big fan of Leena Gangopadhay. Next is, I am choreographing NABC’s (North American Bengali Conference) ceremony in 2020 which also has the script of Leena Gangopadhay and Tanmoy Bose’s music. It is a big project for me. And after Bhagsesh, I shot for Rajorshi Dey’s “Subho NabaBarsho” with Raima Sen and another film I shot which is also yet to be released which is “Purba Paschim Dakshin Uttor Asche” which is based on Black Magic and no one will be able to recognize Malabika Sen as you will get to see Malabika Sen in a totally different look. And I have another big project upcoming by Rajorshi Dey which I don’t want to reveal now (Laughs). And for music I have two YouTube videos coming up.

Any message for your fans?

The way you are showering your love and blessings on me, just keep on showing the love in the same way. Your love is the only inspiration for me to work in more projects and to work with more effort.

My best wishes for LaughaLaughi. Just go on doing what you are doing and you guys just present people with more beautiful work. 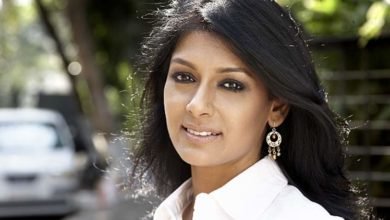