Nokia is back with Nokia 6 after  many years as people were hoping for Nokia’s comeback. This time Nokia has replaced their popular Symbian OS with Android for the market strategy. Nokia 6, first Nokia branded Android smartphone has been officially announced by HMD Global, the company that now owns the rights to the Nokia brand. It has been launched in China in 19th January, 2017.  It is  rumored to be launch in India by the month of June. The price will be around Rs.16000. So, Indian Nokia fans will have to wait for couple of months.

Nokia 6 runs on Android 7.0 Nougat and sports a 5.5-inch full-HD display. The phone is 7.85-mm thin , and tips the scale at grams. The phone is powered by a 1.5 GHz Octa core Qualcomm Snapdragon 430 processor and it comes with 3 & 4 GB of RAM. The unibody Nokia 6 is built using 6000 series aluminium and its home button has an embedded fingerprint scanner. It has a 16 MP rear and 8 MP font  camera.  The Nokia 6 is a dual SIM smartphone that is backed by a 3000mAh non-removable battery. Nokia 6 also includes Dolby Atmos tech and ‘dual amplifiers’ for louder sound. 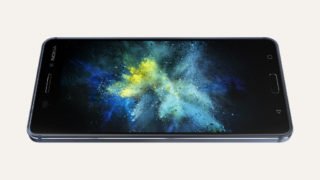 The phone comes with a 5.5-inch Full HD IPS LCD Capacitive touchscreen with a resolution of 1080 x 1920 pixels at a pixel density of 401 pixels per inch. The screen is also protected by a 2.5D Corning Gorilla Glass Scratch Resistant display. 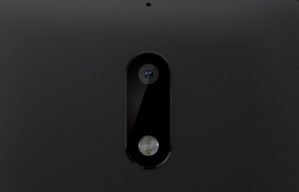 Nokia 6 packs a f/2.0 16-megapixel rear camera with phase detection auto focus and dual-tone flash, as well as an 8-megapixel f/2.0 front camera for selfies. The camera has also the features like geo tagging, touch to focus, Panorama and HDR. The camera is able to shoot videos upto 1080p at 30fps.

The Nokia 6 is one among the other powerful devices that mark the comeback of Nokia in the smartphone market. Unlike the previous editions of Nokia phones, this smartphone has been given the shape with the latest Android OS and powerful specifications. And similar to the previous editions, this smartphone too is equipped with a great quality lens, both primary and secondary. So if you were a fan of Nokia smartphone, like many others, you can definitely choose this one.

Hi, I am Nilanjan. I am a content writer of LaughaLaughi. I am a Musician and a YouTuber also. I am very eager to read books. I have a great attraction towards the Technology.