“The Notebook” is an American romantic drama film which is based on the 1996 novel of the same name written by Nicholas Sparks. 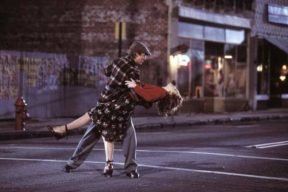 • Director: The director of this film is Nick Cassavetes.

1. “In one respect I have succeeded as gloriously as anyone who is ever lived: I have loved another with all my heart and soul; and to me, this has always been enough. ”

4. “It was real wasn’t it? You and me. Such a long time ago we were just a couple of kids. But we really loved each other didn’t we? ” -Allie Plot: The Notebook starts by showing that an old man comes to tell a love story to an old woman who has completely lost her mind that who she is, from where she has come. Now the story begins. 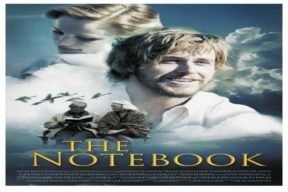 Noah and Allie met unconditionally in a fair and at that moment Noah crazily proposed Allie to meet him some other day. They met, they fell in love with each other’s craziness, simplicity, innocence. In between they decided to transfer their unconditional love to an eternal love. The Notebook showed that Noah was not enough rich as what Allie’s family used to be. So after knowing about their relationship Allie’s parents made her understand that as she was young enough she was unable to judge the perfect guy and decided to leave that town so as they shifted to New York.

Many years passed. Noah wrote her 365 letters. He wrote her everyday of a year but didn’t get any reply. On one hand Noah became well established and on the other hand Allie became a nurse. Allie’s parents chose a well established upper class gentleman for her. As the man proposed her with a ring she didn’t think much and said yes to him. In the meantime Allie meets Noah as he was in her town. Though Noah didn’t forget to continue his love for her. They talked , spent time with each other for a couple of day… I am not going to spoil the suspense of the story of The Notebook. You have to figure it out whether they reunited or not! Will it be the happy ending or sad?