Special Ops is an Indian espionage suspense, thriller web series with IMDb rating 8.6. It is one of the best thriller series created by Neeraj Pandey. This breathtaking suspense thriller kept me adhered to it from the beginning. The story is based on an honest, assertive R&W officer Kay Kay Menon aka Himmat singh. His natural acting amazed me every single time. Besides, all the other actors have done a great job where as Karan Tracker as one of the main espionage officer has impeccably portrayed his character.

Special Ops series mainly revolves around the past major terror attacks of India. In 2001, there was a parliament attack happened in India. Especially R&W officer Himmat Singh believed that there was a disguised mastermind behind all the past terror attacks and this mastermind was planning something big in future. For this reason, Himmat Singh secretly made a task force consists of five people: Farooq ( Karan Tacker), Avinash ( Muzammil Ibrahim), Juhi ( Saiyami Kher), Ruhani ( Meher Vij) and Balakrishnan ( Vipul Gupta). He sent them to various countries to find out the mastermind. 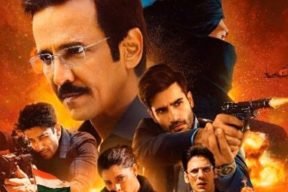 The very first episode of Special Ops started with an investigation which was imposed on senior R&W officer Himmat Singh about his irrelevant expenditure from departmental account. Two auditors continuously would be questioning him and he showed how to shut down the mouth of the critics who raised allegations over his honesty.

Special Ops has twists and turns at every single episode. Who was the mastermind and how has he been caught? This pattern of suspense will cling you to this spanking series without a doubt. I will not reveal the name of the mastermind, it can break the suspense.

Have a read:- To Sushant, From a Fan: A Last Letter

At last, i must say whole team of Special Ops has clearly delivered an outstanding performance. The story line, acting, concept, action moves, background music were just enthralling. Nevertheless, it is a masterpiece but this suspense thriller also has some faults. The reason behind placing the four espionage to some selective places except Farooq has been unresolved whereas the love chemistry between Karan and Sana has not been showed much to the viewers.

I think, there may be some other missions which will be showed in Special Ops season 2. However, i would definitely recommend this one to all. The remarkable performance will clearly impress you. Overall the series is impressive. If you are a suspense thriller lover, it is definitely a binge worthy.