Can you please brief your character in the film Onno Boshonto?

Ans:-  The story of Onno Boshonto is basically based on a novel written by Suchitra Bhattacharya.  The subject is contemporized for the year 2015. Few elements are added or altered while adapting the subject for this modern era. I am playing a character of a girl named Tannistha. She is the only daughter of her parents.  She is doing her Phd. She is very straight-forward,vulnerable and untie in relation to keeping any statement. She is just like any modern day girl. Her father loves to be in his own creative space in the field of theatre and cinema. Tannishtha too, has those elements in herself like her dad.  Her mother is a very practical woman who governs and is the decision maker of the house. So, Tannishtha is the combination of the elements her mom and dad owns. Is there any similarity between the character you have portrayed in the film Onno Boshonto and the real “you ?

Ans:- Before commencing with the shoot, when we were at the pre-production stage of the film, I felt Tannishtha is completely different from me.   It was actually funny when my director Aditi di suggested me to be a little naughty for the character unlike me who is too decent in reality (laughs). I had to cultivate the impishness like the girls of today. People will easily connect my character with the girls of this era.  I tried my best to grab the character while I shot for the film. Now it depends on the people how they grasp me.

Ans:-  I have gained knowledge and learned so many things while shooting. I would definitely  like to share one of my favorite scene and the memorable day of the shoot. From, a very tender age I took up singing. In my school too, I use to be part of the singing choir and not in the acting team. Even while I took up acting as my profession, I wanted to nurture my skills in singing along with it. A scene was later added for the film and it was certainly a big surprise for me. It was a scene between Tannishtha and her dad.  It was a beautiful song sequence sung by me which is indeed etched in my mind.

You took up acting as your profession.   So  ,is it like a dream come true or anyway it happened by chance?

Ans:-  Yes, I loved acting. Though, I use to sing and dance in my childhood I always had some intense interest in Acting. I use to visualize the scenes while I read books and use to feel that I was playing one of the important characters in it.

You have been singing from a tender age. Your passion for acting in films looks like you were into theatre too. Am I correct?

Ans:- No, there was a point in my life where I was totally engaged into  singing.

So which school and college do you belong to?

Ans:- I completed my 12th from Patha Bhaban and my graduation from St. Xaviers, Kolkata.

What are your hobbies other than singing, dancing or reading books?

Ans:-  Watching films. Since, I took up acting, watching film is very important to me. I just love to watch films , may it be any, good or bad. Each film has something meaningful and has its own significance delivered through their characters or their format of shooting from which I get to prepare myself for better performances in the future.

How did you start off with your acting career in this industry?

Ans:- It started off with Kanakanjali in 2012.  I had to do a college project on media and celebrity relationships while I was studying in St. Xaviers. So I went to interview Mr. Prasenjit Chatterjee. After the interview he asked me whether I wanted to be a journalist or an actor. He asked me to give his P.A. my number.  I took the matter very casually. But it was really breathtaking when I got a call from Nideas for an audition after I have just completed my graduation. They told me about Kanakanjali. So, accordingly I gave my audition, then there was a look-test and finally I was selected.  This is how I started off my career in this industry.

According to you, is it easy, difficult or is it manageable to survive in this industry?

Ans:-  It is very difficult actually. It is because, 90% of the people who wants to be a part of this industry wants to take up acting as their profession. People think that acting is very easy. According to them, if they are not good at anything, they can act. I remember one of my friend telling me, while I was doing Kanakanjali that she wanted me to help her to find a job in acting to help her parents. Since, this profession is apparently very glamorous and has a very good exposure, people always want to be a part of it. There is a huge competetion in this field while they are not aware about the hard work the actors do. Shooting for long hours, taking up different characters at different intervals is actually not easy.

So, what is your success quote, you follow to battle in this competitive field of acting?

Ans:-  For me,  I am very straight-forward. Though, it might rumor like having attitude but the fact is being straight-forward for a woman in this field is very evident rather than getting misused.  It is because, if you can put your views straight to the point, people will accordingly be the same with you.

There are so many people who are genuinely passionate about taking up acting as their career. Any suggestions for them?

Ans:-  Acting does not signify the meaning of being a superstar. People need to be dedicated for the desire they want to achieve. Because, in a period of time, it might be frustrating or even enjoyable depending on the quantity and the quality of the work you do. But, at the end, your performance will matter, not the chance you get to perform.  It is because, your performance will be judged by the audience and that’s how you earn your purpose and not by simply being shown onscreen.

Can you tell me something about your upcoming projects?

Ans :- I got to work with Subrata Dutta in a project titled “Smoking Barrels” though I don’t want to reveal much about it right now. After Onno Boshonto, it is ‘429696’ with Jalans, the same producer of “ Janla diye bou Palalo” directed by Aritra Mukherjee. These are my upcoming releases as of now.

Any particular project you are excited about?

Ans:- I have just completed with the shooting of Smoking Barrels and am looking forward to the release.  I am really excited about this one.

Laughalaughi.com wishes Amrita Chattopadhyay all the best for ‘Onno Boshonto’ and her upcoming Projects. Wish you a successful career and a peaceful life ahead. 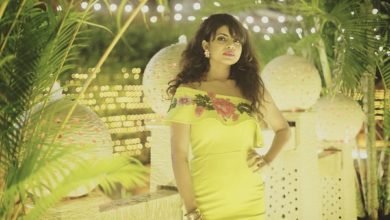 Interview with The Indian Jam Project