~I had been into music from a very tender age, be it listening to music; or singing; or playing an instrument; or dancing. It was everything I wanted. Music had always been there, from morning till night. My mom and dad had a small hand-held Sony cassette player, which I discovered, could be put to the function of recording a voice. So, I sang my favorite songs and recorded them in this tape recorder.  My parents listened and they showed up to be too supportive. Seeing my passion, they encouraged me to grab every other opportunity to sing at family gatherings, parties, etc. I was very shy initially, so it took a lot of perseverance. But, gradually I gained confidence through training and building my skills and experiences. I met the right people and, step by step, my dream of becoming a professional music artist came to my realization.

~I was introduced to Rishi Rich at the age of 16 and in a short period of time, we formed the group VR1, which stood for Veronica & Rishi as ONE. We started off with a mesmerizing musical journey together. That was the beginning, when the fusion sound was created; Eastern and Western influences, combined with English, Hindi and Punjabi lyrics and R n B soul music.  We went working on several albums and gradually won some amazing accolades for our work.

~After VR1, I got a mainstream deal and my first release was ‘Girls Gotta Have Fun. I came up with the concept of this video in Vegas. I wrote the song about a girl who’s in a dead-end relationship and decides to take control of her own life; to be independent out there and live her life on her terms.  It was an amazing experience and I got to be a part of mainstream music.

~Inspiration for me comes from a lot of people, particularly my friends and family. I like to surround myself with positive people who always, some way or the other, inspire me.

~I’ve worked with Hard Kaur in recent past, both on music and filming. She has a strong personality and is greatly passionate regarding her skills and talents.  I can relate to her.

Juggy is like a brother to me. Together we have accomplished some phenomenal collaborations, performed and travelled all over the world. I love working with him and we always share a jocund company.

Rishi and I have been working together for over 20 years now. We have an amazing chemistry and work-energy. We gel well together, and we always try to influence each other to do even better. We have prospered and progressed together in the music industry. We’ve seen ups and downs together. I love working with him, the most.

~I don’t have any plans yet, on another album.  I am a mother of 3 children and I have to look after them. But I really, do enjoy, being behind the scenes in a studio, be it writing, composing or producing. I never say never!

~I’m currently working on the music of a British film, called “Boogieman” and also some Bollywood projects, I have at hand.

~Thank you for your love and support throughout my career! It’s amazing how my fans reach out to me and compliment me on how the music has influenced them, in one way or another.

I find that so incredible!

~Thank you for sparing some time to go through my interview. I hope you all enjoy it! 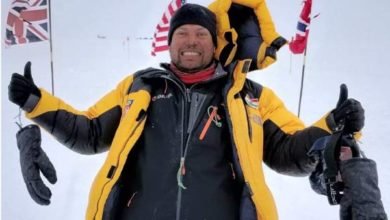