The UEFA Champions League (UCL) is an annual continental club football competition organised by the Union of Europa Football Association  (UEFA) and contested by top European Clubs. Now the business End of the tournament is arrived. Now the thing is as clear as that “You lose ,You out”.

After the Hard Fought  football battles through Road to Cardiff last 8 teams survived for the ultimate Glory. After the Quarter Final Draw, here it stands

Here are the overall discussion about teams ,key players and Managers : People like to talk about champions, I like to talk about underdogs. And when u are talking about underdogs u can’t just forget Leicester city. The EPL holders may have a bad season in domestic league, but they continue their unbelievable run in Europe. Leicester city is the Only English team in UCL quarter finals. In draw the line up came against Atletico Madrid in the Quarters. For.And at last its about luck ,Their new manger Criag Shakespere brings his lucky charm , he has all win record in all competitions.

‌The 100 kg beast Leicester captain is instrumental through out the season.  Being rock in the back to leader in the field to score the most important goal against sevilla Wes Morgan is more than any manager can demand.

For some players there is a proverb “it’s all about one turn and one shot”. That is Jamie Vardy for you. In even worse days Vardy scores one . The Pacy striker can smell goals.

And not to forget the Winger Riyadh Mahrez . For him a quote is very popular ” if u given the ball by him u have to give him back” – The playmaker.

Now coming to the serious contenders : When your front  three is  Lionel Messi  ,  Neymar JR, Luis Suarez (MSN) .Do you really want any justification to be favourite.? Obviously No . The fan favourite Barcelona done that miracle thing,(being down 4-0 in first league they win 6-1 to qualify for Qfs) in camp nou a fortnight back just won hearts,  You can beat Barcelona but You can’t beat Confident Barcelona . Being a bit shaky in defense sometimes hurt Barca but they always make it invisible . In a day if Luis Suarez started to find the rhythm then he can score from anywhere in the D.

He is God . That 5’9″ magician from Argentina can win games for his team even in his bad days.A free kick around anywhere in the box and there he is.”come is the man come is the moment” .

Brazilian blood in his veins this short haired beast can frustrate defender by his skills. Defenders get frustrated and will sure make a mistake. With God gifted ball control and skill Neymar jr can change the match in his own . Like he did in the Miracle match. 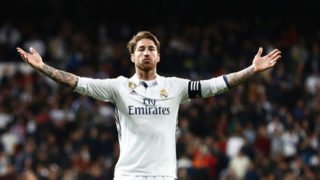 Among three of the la liga heavyweights Real Madrid handed the most hardest draw in the qf’s . The UCL holders will face German champions Bayern Munich . The clash of ‘Teacher and the student’ featuring current Bayern Manger Carlo ancelotti ( former real boss) and his one time deputy zidane (now real Madrid head coach) is the most mouth watering fixture of the lot.

Real Madrid is one of those automatic favorites. And what to say about the team Ronaldo, Bale, Benzema and the beast Sergio Ramos ( the captain) . If all the Real Madrid stars play their natural games I can see Madrid in the semis. It’s all about how BBC performed will decide the fate of the match .

Three time Balloon D Or winner is the poster boy of Madrid. He is one of those players who doesn’t need help to win it for his team. The pace ,the dribble , the shooting he is a complete footballer. He is the man of the moment for Real.

The Welsh wizrad is a complete game changer. The beast with bun and his left foot are the hopes of every Madrid fan. The German champions are the most consistent team in the world. The most balanced one also.They have their draw against Real Madrid one of those hardest teams to beat. They have such players in every position who are best in world . And what to say about the great Manuel Neuer . Arguably the best goalkeeper in the world known as sweeper keeper . When you have  Hummels and Boetang in the back players play with flow without tension. The box to box midfielder Vidal in the best in world. Also Robert Lewandoski -the Target Man is a scary figure to any defender.

When you have Neuer in the goalpost . You just have a feeling in mind that he is not beaten easily. He is the man who conceeds least number of goals in the calender year.

The box to box midfielder is like the playmaker. He just intercept opponent’s pass and pass it to Strikers. He is a type of player who can
win your heart only by his workrate. 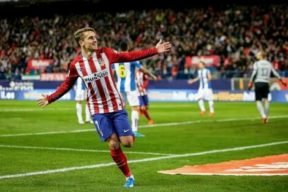 Only Spain side preety good at defence is Atletico Madrid. The main style of their play is defend if you get chance then score. Antonio Griezman , Gabi, koke and The Diego Godin is the star players.Two time UCL finalists (both time denied by Sergio ramos’s late goal) try to make this time through the line. And their Argentine coach Diego Simeone is key to all of their good goings.

The little magician Antonio Griezman is one of those players who plays the game with intelligence. In  Griezman 2016 make it to 2 finals but the can’t win a single one.

The rock at back, the skipper Diego Godin always win matches while defending, but when Godin scores it is a  jackpot to Atletico . Mainly Godin famous for his ‘cobra tacke’ the thing never he misses. 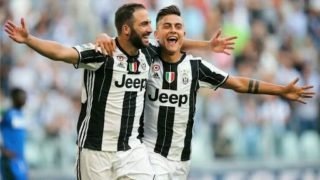 Juventus is one of the strongest defensive side in Europe right now. The back line features Leonardo Bonucci,Georgia Chellini , Bargali, Dani Alves,lichstiner all are the big names in the Defence line. Typical Italian style of play ‘defend till die’ .And what to say about  the Strikers Gonzalo Higuan(finishing 95 in the FIFA  rating card) and Pablo Dyabla. But their draw is against the spirited Barcelona side. The repeat of 2015 final , juventus surely trying to overturn things this time.

Arguably the best center-back in Europe right Now.If Bonucci can handle Suarez and Messi then god can laugh at juventus.

38 and still counting..Buffon at this age still one of the key players ,captain and the leader in pitch. The true gentleman of the game can win matches

Teams play games with the ball in the feet In signal Iduna park they play the game with heart and feet. Dortmund have best young players around the globe. Aubameyang is one of the Europe’s best forwards. They have Thier game against Monaco in the Quarters . Considering like for like teams it’s all about how good your defence play that will decide the match. But Thomas Tuchel’s side are always dangerous is Europe and probably go into this one as favourites.

This 19 year old gem is performing superbly this season.In the playmaker role Dembele reminds the glimpses of young Leo.

The match will depends on his performance how good he supplies the ball to aubameyang .

The striker with lightning pace and famous celebrations can decide the match in the qf’s. If he can put one or two past Daniel subasic , the game ends right there. 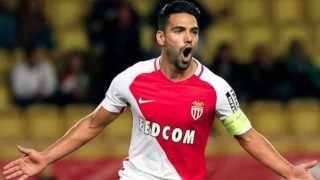 After Leicester Here is the team who may be least fancied in the last eight. Being free scoring team Monaco always hard to handle.Monaco  was drawn against Dortmund in Qf’s in the game of pace and free flowing football. Monaco’s forward line performed tremendously this season Julian Mbape and Radamel Falcao are their most trusted Man to score goals.But in the Defence  in the section Monaco  is not so good at and their goalkeeper Daniel Subasic often make terrible tiny mistakes.

In from Radamel Falcao is the one of the most scaring thing for a defender. Overcoming the shocking spell at England, Falcao start to find his form (the top form)

That goal against Manchester city remind me of old Falcao- The beast.

In Association with Kylian  Mbappe and Fabinho  Monaco is just like score score and score this season.