Caste- Shahid Kapoor, Kiara Advani, Arjan Bajwa, Suresh Oberoi
Genre- Action; Romantic
Duration- 2hr 55mins
Director- Sandeep Reddy Vanga
The official remake of Telegu blockbuster “Arjun Reddy”, Kabir Singh is a movie potraying the image of a dark character with loads of toxic addictions. The notion of romanticism definitely gets a different angle through Kabir Singh, where it unfolds the reality , that still somewhere prevails in new-age relationships.
The movie might throw light on harsh acted scenes and make one go crazy but again, the same scenes also gives the audience a reality check. The idea of love gets  stronger with Kabir’s growing affection and obsession for his girlfriend, which again leads him on to the path of self-destruction.
The versatile actor, Shahid Kapoor as Kabir Singh does justice to the character play and shines totally on the screen, contratry to his image of a cute lover boy. However, the role of a stubborn senior and a topper in one of Delhi’s most reputed medical institutes, wins a lot of hearts. Kiara Advani too, does a fair job with her role in the film. Her submissive character gets attached like a knot to many such audiences as well. Kabir Singh as a movie not only promotes love but also friendship. One would fall in love with the role played by Sohom Majumdar, the best friend of Kabir, who always makes sure to be by his side no matter what. 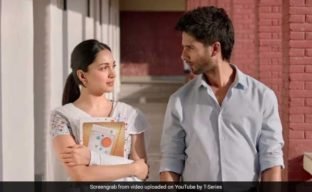 The film all in all tries to leave no gaps with the proper mixture of elements like comedy, actions and love. The dialogues seem real enough to make one stick to the screen for 2hrs and 55mins. The remarkable music of the film complements the developing plot of the story.
Director Sandeep Reddy vanga, plays well with the screen play, proving once again to carry some good directional skills. Some might feel the movie  magical and some might feel the movie full of flaws but one can’t simply just avoid watching it. 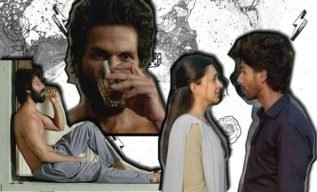