Riders To The Sea by J.M. Synge: A Review

Edmund John Millington Synge was a noted Irish playwright, poet and prose writer. He played a pivotal role in the Irish Literary Revival. Synge is best known for his play, The Playboy of the Western World. The writings of Synge focused primarily on the Catholic peasants of rural Ireland. He also wrote about their world view of essential paganism. Thus, Riders to the Sea isn’t an exception to this.

Backdrop of Riders to the Sea

Riders to the Sea connects and creates a “necessarily evil” relationship between the fishermen and the sea. The play revolves around Maurya’s family. Aran Islands, located just off the western coast of Ireland, is the setting of this play. For a long time, the Islands were resistant to the modernizing influences of British colonialism. As a result, the Arans stuck to their deep-rooted language, folklore and superstitions. The Arans were fishermen and traders of livestock.

Riders to the Sea shows how Bartley is adamant to go to the main land. He wanted to sell his horses at the Galway Fair. For this, he had to cross the sea. The family, especially his mother, Maurya, was afraid to send him away. All the male members of the house had been drowned by then. This was intimidating on Maurya’s part,  since she wasn’t ready to face another death. What happens next is probably the most heart-wrenching incidents ever.

In Riders to the Sea, I liked the portrayal of Maurya. She is the protagonist of the play. She wasn’t a strong woman before but the situations have made her one. After seeing the death of her husband and her sons, she heaved a sigh. She had no one left to worry about, when they went out to the sea. The climax shows her in a light that is sure to pain everyone’s heart. Bartley’s obstinacy shows how inter-connected the Islanders are with the sea. Despite losing his father and his brothers, he had to head out to the same perilous sea. And all this, just for the sake of having their stomachs filled.

The language of the Riders to the Sea is difficult to understand, at times. There’s a strong influence of pre-colonial Irish Gaelic. Surprisingly, Arans still speak in this language. I was a bit quizzed on the constant clash of ideas between the religious views. Moreover, the latent philosophical implications are surely amazing. The Priest is always seen to be trying to put Christain ideas on the Pagan views of the Arans. I didn’t really like this. Do comment what you think about it.

The title ” Riders to the Sea” embodies the Biblical allusion of the Pharaoh’s horsemen. It is a constant reminder that Maurya’s family has a sealed destiny like them. They will ride to the sea with confidence and hope. But they will never return alive. This broke my heart into pieces. Wasn’t there any other way out? Did the wrath of nature have to fall on these poor islanders? ‘Diary of a wimpy kid: The Meltdown’ book review 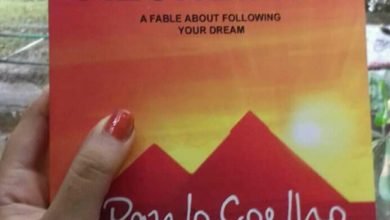 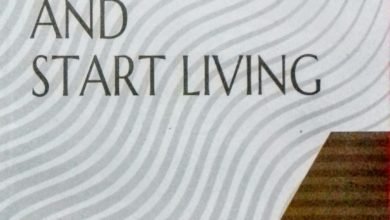 Worries that can destroy your life, a book upon this matter