Covid-19 has surely soiled all our hopes, celebrations and happiness within, to some extent. But the indomitable spirit of Indians shine in the same way it did before. Starting from Holi in March to Eid in May, and very recently our Independence Day, all had seen a slight less grandeur in this year’s celebrations. Talking of festivities, on of India’s biggest celebrations is just round the corner. It’s none other than Ganesh Chaturthi. 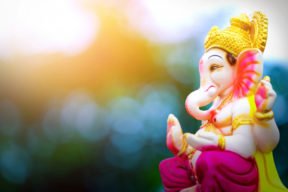 Since childhood, the pomp and show of Ganesh Utsav has grabbed my attention. I loved the way the news channels used to forecast 24×7 the grand celebrations going on in Maharashtra. Although Maharashtra is at the top, when it comes to comparing the enthusiasm attached to this festival, Ganesh Chaturthi has evolved to be more of a pan-India celebration, in the recent years. 2020 might miss the electrifying scenario from the Utsav, but will it stop Bappa to adorn our homes? Kadhich sakya nahi!!

Ganesh Chaturthi comes to the Streets

A question arised in my mind, out of nowhere. India is home to many mass community celebrations; be it Durga Puja or Eid or Pongal. What makes Ganesh Chaturthi stand out amongst them? Besides being a religious festival, Ganesh Chaturthi was a blow of integrity to the British rulers of India, then. It isn’t unknown to anybody the oppression we’ve faced, prior to our Independence. To curb the unity among Indians, the British left no stone unturned. When we were on the verge of falling apart, Bal Gangadhar Tilak Ji revived Ganesh Utsav with a patriotic spirit amidst the despotism of the British Raj. In 1892, Tilak brought the festivity from homes to the streets, at a timew when social and political gatherings were banned by the British. Since the, Ganesh Chaturthi serves as a union of people of all castes and communities. 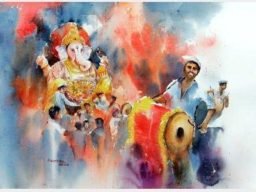 Ganesh Ji is the God of wisdom, prosperity and knowledge. But Bappa is solely able to transcend all barriers–religious, social, lingual, regional or economic. He might be worshipped only by Hindus, but the spirit of festivity with the sense of patriotism lend by Tilak, makes Ganesh Ji a Lord of the masses. Everyone might not be bringing Bappa to their homes, but we all should, like always, participate in the spirit of integration and happiness attached to it. Ganpati Bappa, Morya!!