Planning a holiday and love the thrill of Horror tale?
There are several places in the country that have a mysterious history and few dare to venture out at these dreaded areas.
I have collected India’s five horror places, that will scare the hell out of you after you go through the stories behind it.

Located at the border of Sariska Tiger Reserve in the Alwar district of Rajasthan, Bhangarh Fort is a seventeenth century fort, in famous all over for being the “most haunted places in India”. Because of numerous ghostly experiences and happening in the fort the ASI has forbidden the locals and tourists from entering the fort at night. The fort does have a negative aura to it because of the paranomal happenings inside the fort.

Many have experienced dizziness, weird images and a strange feeling after visiting this cemetery. Located in the Park Street this place is believed to be haunted place. There are others who haven’t felt anything but those who have experienced something strange in this place because it is a tourist spot, visited by many people everyday, cannot shake off the eerie feeling.

It is located in West Bengal’s capital city of Kolkata.
No one works here after sunset. The empty rooms in this 300year old building have some hidden secrets.This was the place where famous revolutionaries Binay, Badal and Dinesh killed captain Simpson of East India company. The large rooms are said to be inhabited by ghosts.

Witnesses report the lights kept on top keep falling off,the light men who sit with the lights on top have been pushed so many times. Females are more targeted by the ghosts than the males. Many preventive measures have been taken but in vain.

For those who have watched “Om Shanti On”, this story may sound oddly familiar. The Mills established in 1870 was shut down in 1980 after a sudden fire outbreak. This place serves as an excellent location for shooting Bollywood horror movies, But actors refuse to shoot here after experiencing strange activities. TOP 10 MOST OFFBEAT DESTINATIONS IN INDIA 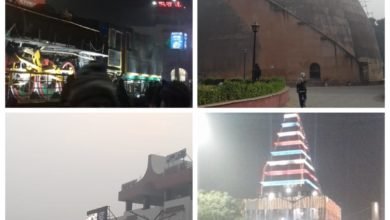 A Short trip to Patna