“ Dhadak ” is the upcoming film by Shashank Khaitan debutantes Ishan Khattar and Jahnvi Kapoor. The music of the film is as simple and fervent as the film is. Ajay –Atul(Ajay Gogavale and Atul Gogavale) are the music directors in this film. 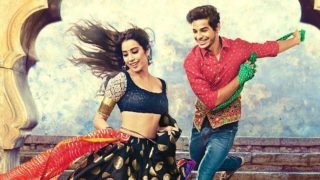 The melodious voice of Ajay Gogavale and Shreya Ghosal will make you fell in love with the song again and again. Till now two songs are out. Both the songs are breaking the internet. The Dhadak Title Track is a lovely and soulful track and the song justifies the plot of the film. 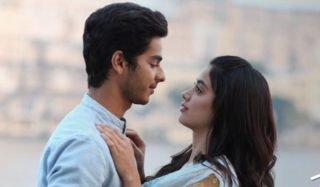 “Jo meri manzilon ko jaati hai
Tere naam ki koi sadak hain na
Jo mere dil ko dil banati hain
Tere naam ki koi Dhadak hain na”
The Title Track of the film stole the people’s hearts with its soothing tune and lovey-dovey lyrics.
Zingaat is the second track of the film. It is the remake of the song of the Marathi film “ Sairat”. Though some are praising the remake of Zingaat, there are also others who are of the opinions that the song remake of Zingaat has been ruined in Dhadak. Some are appreciating the effortless dancing and facial expressions of Ishan Khattar while others are saying that Dhadak’s Zingaat’s a spoiler and has no originality. Even Twitterati are posting posts with hashtag “ZingaatRuined”.
Overall the songs of Dhadak are doing good and has mixed reactions for Zingaat but the Title Track is a heart- melting one. People are admiring both the songs.