Masterfully directed by James Mangold. Grizzel and evidently in pain from the door that getting into scraps LOGAN (Hugh Jackman ) is brutally devastated of his past life. Now it turns up the future the dark time for Logan. Like Charles ( Patrick Stewart) whose health has weakened that he depended on the full time caretaker and the high dose of Drugs to help from the earthquake inducing seizers . Logan had turned into the boozer from a mysterious illness. However all of our eyes are juggling when the bad ass mutant Laura ( Safne keen ) enters the screen and tear out the human skull from their body. Laura remains mute in most of the scene but she tells everything visually.. 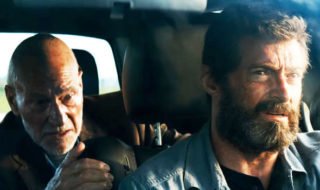 Cinematography by John Matheison is captured the immense reality by his camera work.. Despite of these things the Australian Hunk doesn’t miss a chance to praise him. Whether his screen presence or his acting or his dedication towards the character. Marvel once again proves that this is not an ending of a ordinary superhero movie , this is an ending of an era which will remain in our heart forever.