Quentin Tarantino is one of the most prolific directors with his abounding skills and amusing directing technique that has influenced the generation in large part. The man with great visions could flesh out his massive knowledge and apply them fine in his works. Among the few and far between directors Hollywood has been blessed with, Tarantino stands apart. Implementation of long takes, tracking shots, trunk shot camera angle, the 360 shot and map shot are few of his well known cinematic motifs. His riveting style of entertaining the mass and creating art simultaneously is something really eye candy and appreciable. A magician who has created few mammoth wonders on screen. His genre is somewhat an off-shoot of the crime and violence of neo-noir. His films have often been acclaimed for having a concocted taste of non-linear storyline and satirical subject matter. An auteur in true sense!

Five of his most discussed films are mentioned below:

Pulp Fiction: A complete intense feature keeping ‘crime’ as its centralised theme. Pulp Fiction is considered to be Tarantino’s one of the finest pieces that rightly turned out to be a big hit back in its time with an intriguing story design. Sardonic dialogues uttered by the moral degenerates have flavoured the film a bit more fascinating before the audience. Portrayal of ‘Violence’ has dominated the story downright. The amazing blend of Neo-noir and dry comedy have built up the film’s hell of a climax in its charismatic pace. The twisty structure with a gripping cinematography have made Tarantino win the Best Original Screenplay Oscar. Django Unchained: With a wowing approach Tarantino has concocted every ingredient to make his most recent film a sure hit which dares to leave any unsuspecting viewer in wonder. Playing smartly with neo-noir and spaghetti western classics, he has been successful in causing awe on screen. The amazing film is capable of entertaining you and emotionally dispirit you at the same time. An ironic mix of humour and violence promises to steady the audience leaving them in between the horrific yet comical execution. Nevertheless, the technique ensures the experimental ride through and through the plot. Christoph Waltz, Leonardo DiCaprio and Samuel L. Jackson received a great deal of positive attention for their supporting work. However, Lead Jamie Foxx was often overlooked for his subtle act. All-inclusive, the amazing flick is a cinematic bliss which led Tarantino earn his second Academy Award (for Best Original Screenplay). Reservoir Dogs: Stuffed with gruesome violence, pop culture references, charming repartee and skeletal oddities, Tarantino’s impressive debut has set a benchmark of his directorial competency. The portrayal of an aftermath of a botched jewel heist is all the plot has come up with. The remarkable opening breakfast scene has added on a flavour of awe throughout. To sum it up, Resevoir Dogs is a thrilling crime feature with a mobster atmosphere and desire for riches.  Every character smoothly reveals its truth at the end of each scene unfolding candidly the mystery before the viewers. The masculinity of the script is equally appreciable here. 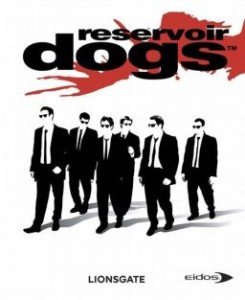 Kill Bill (both volumes): Tarantino characterises his films mostly on the basis of the violent imagery he uses. His pure and kinaesthetic depiction of violence is superbly vivid in both the volumes of the series. It shifts its focus from character development and somewhat concentrates more on the outlaw justice within the societal structure. Notably dealing with the signature styles, Tarantino has sincerely moved in and out of the essence of genres: Western, melodrama, thriller, horror. Particularly a critical blend of all. The Bride’s emotional journey throughout the film (Volume 1) is very similar to that of the classical, heroic journey where she gets stripped off her illusions and finally she becomes the avenger who plans vengeance killing her attacker. Uma Thurman’s performance as “The Bride” comes up to grab a clearer focus in the second volume where instead, Tarantino confidently relies more on signature dialogues. The expertly-choreographed saga turns out to be a big budget entertainment in recent past. Jackie Brown: The feature stands out to be a masterpiece denoting Tarantino’s eclectic filmography.  Samuel L. Jackson won an acting prize at the Berlin International Film Festival for his performance in the movie. Quentin’s terrific take on the blaxploitation films justifies the making of the feature: A free play adaptation of Elmore Leonard’s Rum Punch. Jackie Brown centers around the title character – played with bold gusto by the always promising Pam Grier – who works for a lowlife Mexican airline as a flight attendant. Compared to rest of his films, Jackie Brown contains little violence. As the film explores the layers of possible danger, it turns intense. The performances aren’t pushy or forcibly flashy, and Tarantino’s amazing work on dialogues have made the film altogether different from all the rest he made.