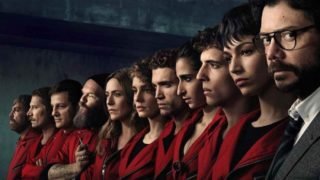 Money Heist, originally called La Casa de Papel, is a Spanish heist crime drama series. Alex Pina is its director. He has been a part of iconic Spanish series such as Los hombres de Paco, El Barco etc. It is the story of the Professor, played by Alvaro Morte. He plans and executes two dangerous heists on the Royal Mint of Spain and the Bank of Spain, respectively. 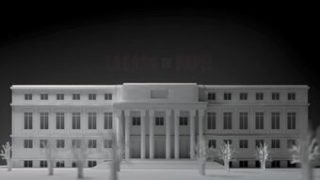 It was first released in Spain in 2017. It was almost a flop, when Netflix bought it’s global streaming rights. Netflix re-cut the series into 22 episodes and re-released the first part on 20th December, 2017 and the second part on 6th May, 2018. Consequently, the world got the most popular show of recent times.

Money Heist is set in Madrid. A mysterious man, “The Professor” employs eight criminals to carry out heists. They are “called” Tokyo, Berlin, Nairobi, Denver, Moscow, Helsinki, Oslo and Rio. Sounds familiar, right? Yeah, they choose names of cities for themselves.

These heisters of Money Heist get inside the Royal Mint of Spain; thus taking 67 hostages under them. Meanwhile, the Professor negotiates with the special police forces.Thus, buying time from them. This lets the team print their bills for 11 days. The total was expected to be amounting to 2.4 billion Euros. All of these were the Professor’s master plan.

The group escape form this heist. But they are forced to re-unite due to tragic turn of events. Thus, the Professor then leads the second heist on the Bank of Spain. Hereby, unfolds a new series of action, passion, emotions and possibly, “the biggest heist ever”.

Tokyo is the narrator of the entire series. Her narration causes half of the complexities in Money Heist. Seasons 1 and 2 of the show take off well. This is because of the intriguing scripts, slow reveal of everyone’s past, different shades of the characters and much action and drama. Action dominates the entire length of Money Heist. 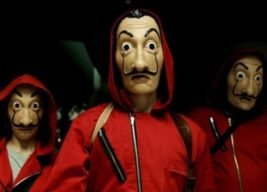 Usually, one wouldn’t sympathize with heisters. But Money Heist changes this perspective. You’ll find yourselves praying for the heisters to win and the police to lose. Since these heisters of Money Heist are underdogs, people love them automatically. The show makes you believe that these heisters are not after money, but against the capitalist governmental set-up. They achieve public support by becoming the face of “Resistance” all over the world. The series keeps you glued to your seats because of the depth in it’s characters, surprising plot twists and the good looks of the Professor and Nairobi. Personally, I liked the way Pedro Alonso played Berlin, a psychopath and narcissist. Tokyo was the most volatile one. She seemed to ruin the plan any moment.

The catchy tunes of Bella Ciao and Raquel Murillo’s style of tying her bun with a pencil are some USPs of Money Heist. Do comment your favourite character and why in the comments section.