Tired of the same cliched love stories where a damsel in distress is rescued by a charming young man or the high school sweetheart falls for the geek in braces?

Well, this is a film which evades all such stereotypes.

Eternal Sunshine of the Spotless Mind.

At a glance this may seem like a platitude, and the title may suggest an over-philosophical art film.

But it is not. Not really.

“You can erase someone from your mind. Getting them out of your heart is another story.”

There. The entire film can be summarized into just those two lines.

I don’t think it will do justice to the characters if I were to pen down the concept and storyline of the movie. This is one of the movies which I think leaves a great deal of space for subjective interpretation. Let me tell you this though: this isn’t a film you’ll understand if you watch it with one eye on the laptop and another on your mobile. 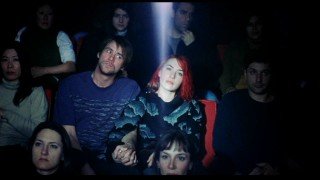 It is simple yet intense- it goes backwards and forwards in a fraction of a second. The film will leave you in a kind of sweet desperation, wanting for more but trying to get away from it at the same time. Just when you think you know what the hell is going on, suddenly, you don’t anymore.

The theme you ask? Love; but not the love which we think we have or we hope to achieve one day.

Love is depicted here as it is- not sugarcoated, not even frosted slightly; it is what it is, not “perfect” in its literal sense. It is sunshine and rain, and even a storm maybe. Oh, and earthquakes: not the ones which crumble down buildings, but the ones which destroy memories. Interesting enough?

Why such a title? A little spoiler: it’s a quote. The significance of which one will get after watching this wonderful experience of a movie, or maybe not even then. The Sunshine may seem considerably bleak in the beginning, in fact throughout the movie; but in the end, it does become Eternal. In the end things do fall into place, in the end you learn to accept.

Some films you watch to laugh, some to cry, some to fall in love, some to fall out of it. This will not succeed in doing any of those, it doesn’t even attempt to. So why watch it at all? 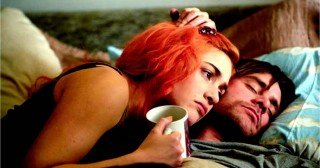 I tell you, it will be worth your time.