Story:  Doctor Purba Banerjee (Raima Sen), a psychiatrist by profession undergoes with nightmares and torments of the past seeks help from ATS officer Anup (Shataf Figar) and a hypnotist (Barun Chanda) to conquer it. It leads her to countenance her history in the present where she deals with Sabyasachi (Saswata Chatterjee), a serial killer who has slaughtered 89 people passionately in twelve years.

Review:  89 with a gripping storyline, an amazing presentation and elegant production, Manoj Michigan makes it one of the best films in Tollywood. With all the ingredients of a successful thriller, 89 will imprison you till the credits rolls. The non-linear story telling format grabs your attention to watch each and every scenes thoroughly.

Raima Sen as Purba executed reasonably good throughout her voyage from a patient enduring a psychological trauma to a intrepid and confident psychiatrist while Shataf as Anup with his elegance and sophisticated appearance both as an ATS officer or the love interest of Purba has performed acceptably good. Barun Chanda, though had a small role, he confounded his role with his neat presence. Saswata took off the show finally as the cold-blooded murderer with his sensational manifestation. 89, with a compact and dynamic screenplay is perhaps, the best thriller in the recent times in Tollywood with an unsullied presentation like Hollywood or Asian Cinema by showcasing scary lanes, isolated passages and loads of others. Manoj Michigan did it well, other than the climax which felt like an abrupt and too speedy ending, which was not expected as the director continuously has initiated twists in almost all the scenes in a diluted technique. Other than that, Anup’s dialogues had excess of English, though there was no melodrama in designing the romantic scenes with Purba which is exceedingly impressive.

Last but not the least, the background music succeeded in complementing the storyline and the only song “Karma” composed by Raja Narayan Dev adequately harmonizes with the idea the director wanted to depict through the film. P.S:  “89 is just not a number”. Watch 89 to find the reason behind the statement and you will definitely find worth-watching it. 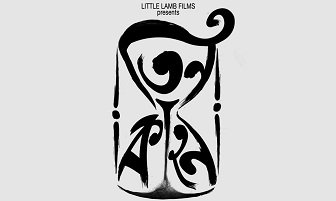