The director and scriptwriter Pratim D. Gupta successfully grabs the attention of the audience even before the film starts. ‘Ahare Mon’ starts with an introductory note saying, “For those who have waited in love and loved in wait”.

‘Ahare Mon’ is a collage of four simple but dedicated love stories that somehow or the other have let the person in love win. The film has no wonderfully depicted stories that are very known to us but unattended inode of impossibilities or impatience.

The emotion called love has no boundaries, regardless of sex, age or sect it is still that accessible; is the motive that has been beautifully portrayed by the director Pratim D. Gupta.
The essence of Tagore’s ‘O go bideshini’ in Anjan Dutt’s voice added an authentic flavor to the movie’s ambience.

Debuted by Chitrangada Chakraborty the role of a cancer survivor Titli couldn’t have been better thought.
Adil Hussain has won the hearts of all the ladies with his too simple and benevolent acting.
Other casts like Paoli Dam, Hritwick Chakraborty, Parno Mitra, Mamata Shankar and Anjan Dutt were perfect in their own spaces. The music by Neel Dutta made the ambiance look more adorable.
Thus, Ahare Mon is a platter full of beautiful cuisine, made out of love which isn’t an extravaganza but a necessity.
We would rate Ahare Mon a 3.5 out 5. 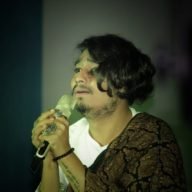