RAJKAHINI: With Nirbaak’s success in the bag, Srijit Mukherji  is back with ‘Rajkahini’ amid this Puja to bring the house down.  Highlighting a unit of grand crew, subsuming 11 famous female on-screen faces, under the banner of ‘Shree Venkatesh Films’,the film pictures the tale of shaky 1947 troubled India which feared the horror of East-West partition. The story revolves around the period of then Bengal  and demonstrates its impact on the otherwise tactful plot starring major names such as Rituparna Sengupta, Jisshu Sengupta, Saswata Chatterjee, Abir Chatterjee and Kaushik Sen. The credit of a smooth, going background score however goes to Indradip Dasgupta. CROSS-CONNECTION 2: Directed by Abhijit Guha and Sudeshna Roy, ‘Cross-Connection 2’ is romantic narrative that has sketched amorous bond in between contemporary two couples. A series of misunderstandings and their consequent hilarious episodes lift the film up to its climax where the four love birds undergo a process of reconciliation and realisation. Bloomed and boosted with experimental background score by Neel Dutt, ‘Cross Connection 2’ is a promising fresh feature starring names like Shayan Munshi, Tanushree, Ritwik Chakraborty and Rimjhim Mitra under the banner of ‘Black Magic World Arts’. 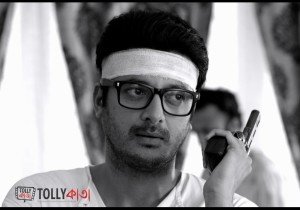 KATMUNDU: ‘Katmundu’ is an upcoming Bengali Romantic-thriller movie with amusingly entertaining flavours that have added on a different aroma in its making. Directed by one of the most talked about and prominent directors in the recent time Raj Chakraborty, ‘Katmundu’ portrays the crux of the story of three Software-Engineers who undertake a holiday trip to Nepal and how they meet twists and bends on their way while they happen to meet three girls. Thrilled with suspense and actions with pinches of fun, ‘Katmundu’ stars Soham Chakraborty, Mimi Chakraborty, Abir Chatterjee, Srabanti Chatterjee Rudranil Ghosh under ‘Green Touch Entertainment’. SHUDHU TOMARI JONNO: ‘Shudhu Tomari Jonno’ is a forthcoming Bengali Romantic feature made by the director Birsa Dasgupta after his notable successes like ‘033’, ‘Jani Dekha Hobe’ and ‘Golpo Holeo Sotti’. The story revolves round a couple who surprisingly yet somewhere down the line obviously get separated for experiencing differences in higher degrees. Falling for a different person and indulging in keeping affair creates a tougher wall in between them. Disillusionment and a reunion in the end, have made the complicated bits of romance yet more fascinating. Starring Dev, Srabanti Chatterjee and Mimi Chakraborty, ‘Shudhu Tomari Jonno’ under the banner of ‘Shree Venkatesh Films’ is going to be a sure success. 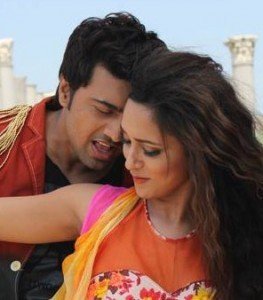 So flock to your nearest theatres with bells on and feast your eyes on the blockbusters that are going to flood the City’s Multiplexes with pleasure and delight assuring to make your puja much more happening!