The Spring Fest is the annual social and cultural festival of Indian Institute of Technology, Kharagpur, one of the most elite institutions in India.It is held during January in the Spring semester. It was first held in 1960 for the students to showcase their extra-curricula talents, and over the years it has grown into one of the biggest college fests in India. In 2017, the footfall was up to 50,000. The 59th Spring fest will be held between January 26 to January 28, 2018. 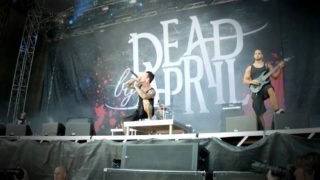 The event attracts large amount of media coverage. MTV India and the Telegraph, Kolkata covered the fest extensively in the previous years. It has endless sponsors and associations starting from HTC, Jio digital life, Hero, VH1, MTV, Telegraph, Coca Cola, Bajaj Allianz, SBI, Jet Airways, Red FM, Zomato and many, many others. Laughalaughi is one of their online media partners in the year 2018.

Students nationally and especially the students of IIT wait for this iconic event all year long. The 3 day event is filled with so much fun and ecstasy along with so many talents to witness. It is a break from the routine life of the students. The Spring Fest has amazing reviews from all over the world. The environment turns more festive than ever and it is a lifetime experience for everyone who attends the fest. People who have graduated in the 70s and 80s still visit Spring Fest to relive their college life and experience the evergreen fest. Each year they make new innovations and bring in more and more events which makes it even more exciting and worthwhile.