On the 157th birth anniversary of Rabindranath Tagore, LaughaLaughi organised a cultural program “Metropolitan ও রবীন্দ্রনাথ” this 9th May, 2018, in association with the Kolkata Metro Railways. The other associates were “Palash”, cultural group of Rabindra Sadan and “Sahaj Manush”, a folk band. The program was made successful by the utmost cooperation of the authorities of Kolkata Metro Railways and Mr. Pratyush Ghosh, Dy. General Manager of metro.

It started from Tollygunge Metro Station at 7:00 AM and was conducted peacefully in a compartment of a metro. The kids of ‘Udvash’, an NGO were the primary audiences of this cultural event. The event had an amazing aura of its own with the soulful lyrics of Rabindrasangeet and the sound of matching footsteps. Recitation, too, had a charm of its own and the usage of musical instruments along with it was truly remarkable. At the end of the event, LaughaLaughi presented some tokens of love to the children. The program ended at 10 o’ clock after a gathering of dance and music outside Tollygunge Metro Station.

LaughaLaughi was felicitated by the main authorities of Kolkata Metro for organizing such a fantastic program on the auspicious day of “Rabindra Jayanti”. The program would not had been such a great success without the support of the sponsors. The sponsors were― “Ishayu Tours & Travels”, “Wow Momo”, “Yumm Choco”, “Palash― the cultural group of Rabindra Sadan”, “Sahaj Manush― a folk band”, “Udvash, an NGO” and most importantly, the Kolkata Metro Railways. A big thanks to everyone for making this initiative of Laughalaughi such a big success! 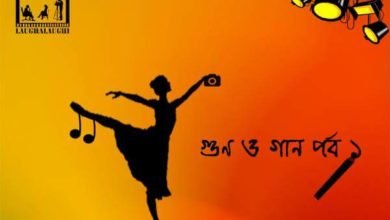 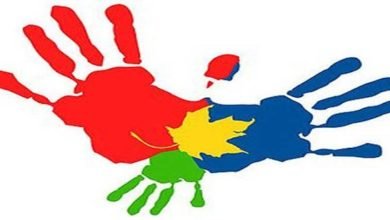 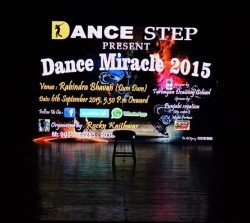