Game Of Thrones is an American fantasy drama television series created by David Benioff and D. B. Weiss. It is an adaptation of A Song of Ice and Fire , George R. R. Martin’s series of fantasy novels.Benioff and Weiss intend to adapt the entire, still-incomplete A Song of Ice and Fire series of novels for television. After Game of Thrones began outpacing the published novels in the sixth season, the series was based on a plot outline of the future novels provided by Martin and original content. In April 2016, the show runners’ plan was to shoot 13 more episodes after the sixth season: seven episodes in the seventh season and six episodes in the eighth. Later that month, the series was renewed for a seventh season with a seven-episode order.As of 2016, seven seasons have been ordered; six have been filmed, adapting the novels at a rate of about 48 seconds per page for the first three seasons.

LaughaLaughi  brings you a complete list of top 10 episodes of Game of Thrones across all the six seasons aired till date based on The Internet Movie Database ratings i.e the ones which you should never miss : 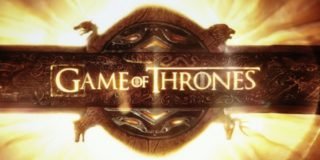 Battle of Bastards ( Season 6 , Episode 9 ) – In the North, the armies of the eponymous bastards, Jon Snow (Kit Harington) and Ramsay Bolton (Iwan Rheon), face off in a battle for control of Winterfell. The Bolton army defeats most of Jon’s forces, largely composed of Wildlings. However, Sansa Stark (Sophie Turner) arrives with Petyr Baelish (Aidan Gillen) and the Knights of the Vale and they defeat the remaining Bolton army. Ramsay retreats to Winterfell, where Jon beats him into the mud, locks him in the kennels and Sansa feeds him to his own hounds. In Meereen, Daenerys Targaryen (Emilia Clarke) refuses to surrender to the Masters, mounts Drogon and begins burning the Masters’ fleet; this forces them to surrender. Yara (Gemma Whelan) and Theon Greyjoy (Alfie Allen) arrive in Meereen and offer their ships to Daenerys, swearing to help her take the Seven Kingdoms. 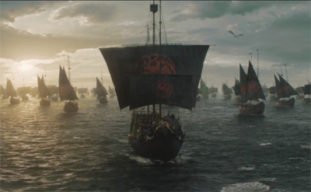 Cersei subsequently claims the Iron Throne. At the Twins, Arya Stark (Maisie Williams) kills Walder Frey (David Bradley). At Winterfell, Jon Snow (Kit Harington) is declared King in the North by the lords of the Northern houses, and beyond the Wall, Bran Stark (Isaac Hempstead-Wright) learns that Jon is the son of Lyanna Stark. In the Reach, Samwell Tarly (John Bradley) arrives at the Citadel, coinciding with their announcement that winter has come. In Essos, Daenerys Targaryen(Emilia Clarke) begins heading to Westeros alongside Tyrion Lannister (Peter Dinklage), her entire army, the Ironborn loyal to Yara Greyjoy, the Tyrells, Martells, and her three dragons.

Hardhome ( Season 5 , Episode 9 ) – The episode features a climactic battle sequence at the episode’s eponymous Wildling village, a battle mentioned but not seen in the original source material. It has since been hailed by many reviewers and fans as one of the series’ best episodes. 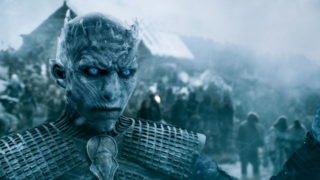 Filming of the episode’s eponymous battle required nearly a month shooting. In the United States, the episode achieved a viewership of 7.01 million in its initial broadcast. The episode earned Game of Thrones several nominations at the 67th Primetime Emmy Awards and was also Dinklage’s pick to support his nomination for Outstanding Supporting Actor.

The Rain of Castamere ( Season 3 , Episode 9 ) -The episode is centered on the wedding of Edmure Tully and Roslin Frey, one of the most memorable events of the book series, commonly called “The Red Wedding”, during which Robb Stark and his banner-men are massacred. Other storylines include Bran Stark’s group having to separate, Jon Snow’s loyalties being tested, and Daenerys plotting her invasion of the city of Yunkai.

The Door ( Season 6 , Episode 5 ) -Beyond the Wall, Bran Stark (Isaac Hempstead Wright) learns the origin of the White Walkers, and ventures out in a vision where he is caught by the Night King (Vladimir Furdik) allowing the White Walker army to enter the tree and forcing Bran to escape with the help of Meera Reed (Ellie Kendrick) and Hodor (Kristian Nairn). 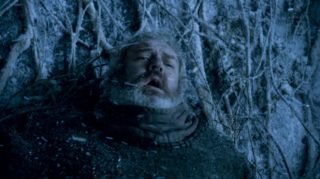 At Castle Black, Jon Snow (Kit Harington) plans to unite the north against the Boltons, and in the Iron Islands, Euron Greyjoy (Pilou Asbæk) is elected in the Kingsmoot with Yara Greyjoy (Gemma Whelan) subsequently stealing his entire fleet. Across the Narrow Sea, Tyrion Lannister (Peter Dinklage) decides to enlist the Red Priestess Kinvara (Ania Bukstein) in Meereen, and Daenerys Targaryen (Emilia Clarke) commands Jorah Mormont (Iain Glen) to heal himself of his greyscale.

The Lion and The Rose ( Season 4 , Episode 2 ) – The episode focuses principally on the long-awaited royal wedding between Joffrey Baratheon (Jack Gleeson) and 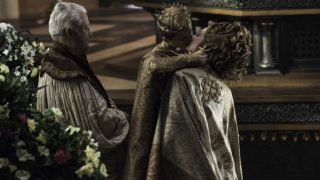 Margaery Tyrell (Natalie Dormer). Other storylines include House Bolton’s quest to retake the North, and Bran’s continued journey north of The Wall.The title of the episode refers to the sigils of the wedding couple’s respective houses – a lion for Joffrey Baratheon, who is in truth a Lannister, and a rose for Margaery Tyrell.

The Mountain and the Viper( Season 4 , Episode 8 ) – This show loves to subvert fans’ expectations, sending us right when we expect to go left, and it happened again in the frustrating and heartbreaking Season 4, Episode 8. So many story lines ended on downers this episode, but it’s still ranked as one of the highest because of the power of what happened — especially in King’s Landing. Just when we expect justice, “GoT” reminds us that we’ve come to the wrong place.

The Laws of Gods and Men( Season 4 , Episode 6 ) – The episode’s title refers to Tyrion Lannister’s trial for Joffrey Baratheon’s murder, as well as the laws of the Seven Kingdoms of Westeros. Tyrion Lannister, always good for quotes, was great for quotes this week.
His anger was our anger. Even though Peter Dinklage’s conflicted hero did not have the only storyline in this episode, there’s no question fans rated this one for him.

Blackwater( Season 2 , Episode 9 ) – The entire episode is dedicated to the climactic Battle of the Blackwater,

in which the Lannister army, commanded by acting Hand of the King Tyrion Lannister, defends the city of King’s Landing as King Stannis Baratheon’s fleet stages an attack at Blackwater Bay. Unlike all previous episodes, “Blackwater” does not follow the parallel storylines of the characters outside of King’s Landing.

The Children( Season 4 , Episode 10 ) – Circumstances change after an unexpected arrival from north of the Wall; Dany must face harsh realities; Bran learns more about his destiny; Tyrion sees the truth about his situation. Daenerys Targaryen had a heartbreaking scene with two of her dragons, the Hound had his most poignant moment, Jon Snow followed up the carnage of the previous episode “The Watchers on the Wall,” and Tyrion Lannister? Tyrion owned this episode, taking charge of his life and setting him (and Varys) on an extreme new path. It’s no surprise “The Children” was the highest rated of all season finales … until Season 6.