So the Weekend ka Vaar returned in the house of Bigg Boss, and the episode started. Salman Khan and his Sister’s beau Aayush Sharma were seen in a gym in a light mood. Then the show started and Salman reminded everyone about eviction. Karan, Dipika, Romil and Nirmal were in danger zone. And then the view of the inside of ‘Ghar’ was shown. Salman Khan asked Deepak to sing a song about Bigg Boss. Deepak sang the song ‘Bigg Boss ka ghar hai ajooba…

Then Salman Khan asked Karan, Sree and Dipika to go to the store room and bring some cupcakes for the contestants. But as we know, Bigg Boss house always has a twist.  ‘ Ghar wale cake khane nahi wale the, ek dusre ko khilane wale the.’

So the task was a bit fun. Salman told the contestants some said comments by participants about their housemats. They had to guess who said it about them.

Then, they were to smash the cakes on the faces of people whom they think have made the comments about them.

Karan Veer smashed the cake on Shivashis followed by Dipika on Romil and Jasleen, Deepak on Anup and Sourabh respectively, Shirty on Dipika and Shiv, Shiv on Saba, Sree on Romil and Nirmal. This task ended and then Karan Patel made a guest visit to the house and gave participants a task.

The task was that the participants have to give their one quality to their fellow contestants whom they think has a lack of that particular quality. The task was name as ‘ BB Donation Camp’.  Anup ji gave Deepak ‘Sacchai’ as he thinks that Deepak is not an honest person. Then Jasleen gave honestly to Dipika, Dipika gave intelligence to Sourabh. Deepak gave his daring attitude to Anup ji, Srishty didn’t get the chance to give any of her quality to anyone as Karan Patel thinks she has no such quality in Bigg Boss house that she can give to someone. Shiv gave his loyalty to Romil and Nehha wanted to give her mental strength to Sree. Things were normal until Sree got a little offended.  He thinks that he has enough of mental strength so he refuses to take this tag and he left. Saba and Somi were praised for their unity and they gave this quality to Nehha.  And Karan Patel told that he misses KV’s ‘Chalaki’ in the house so he gave the quality ‘Chalaki’ to KV.

After this task Dipika, Srishty, KV and Deepak were seen consoling Sree. Sree was very upset, though it’s not a new thing. ‘Gharwale’ were now literally tired of Sree’s non-sporty behaviour and they didn’t want to ‘Babysit’ Sree every day.

Dipika and Jasleen went to the Sultani Akadha and Dipika won the Kusti by 2-1 point. And lastly, Romil and Nirmal got evicted. But here comes the twist. After the eviction, they got a chance. Salman told one of them can re-enter the house and without wasting anytime Nirmal and Romil decided that Romil will enter the house. 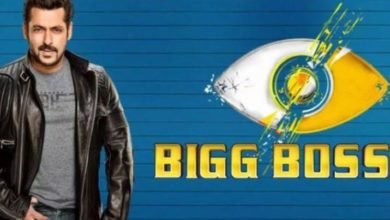 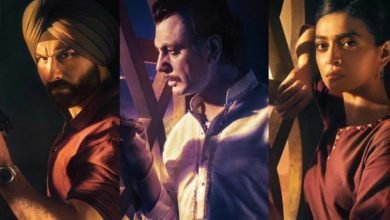