“His words did not tell me I was not enough, his absence did.”
-Cat Burnal

‘Happy Diwali beta’ papa wished me early morning,’but, you did not get me any crackers’,I said arrogantly. After all I was just a 7 years old kid, I was feeling bad that I didn’t have any crackers like my friends had, to celebrate. Just to see a smile on my face , papa took the keys of his car and said he would be back within the next half an hour with a bag full of crackers. Of course I was excited, I was feeling very happy and mentioned exactly what all I wanted. Soon as I was done with the list of my crackers, he gave me a smile and left the house. My mother even asked him to take the breakfast and then leave, but it seemed he was more excited than that of me.

As soon as papa left, we had our breakfast and then started to decorate the house. My mother and I were so much into the work that we overlooked the time. Suddenly maa asked me the time and I was shocked to see it was 2:00 pm and my father was not home till then. I told her the time, she took it casually saying that there must be a lot of traffic, he would be back soon and both of us decided have the lunch when he comes back. We were done with the decoration of the house, so my mother went into the kitchen to make the ladoos and barfis. The clock reached 4, now maa looked a bit worried. She picked up the phone and called papa “the number you are to call is unavailable, please try after sometime” for the very first time that line made me shiver.

Well, the clock was running fast, we called him many times but it was the same each time, that voice was making me afraid. Maa decided to go to the police station. We were about to leave when the phone rang, it was an unknown number and my mother received the call. I saw a the sudden change of expression on her face. She looked pale and cold. “Beta, you stay at home, I will be back from the police station soon.” without even listening to me she locked me inside and left. I knew something was wrong.

I was sitting near the window from where I could see the roads, for few hours. On the spur of the moment, I saw an ambulance stopping in front of our building, I saw my mother getting down from that ambulance and just behind her few people taking out a person who was sleeping wrapped in white clothes and gradually the neighbors started gathering and some following my mother. She unlocked the door and came in, her eyes were blank, she was calm rather she was cold. They kept the person whom I thought was sleeping in our drawing room before the center table and then I realized it was my father and he was sleeping the eternal sleep, I broke into tears. It was an accident which took his life while he was coming back home, they found him spot dead. I felt if I could have once said that how much I loved him, I cried and said that I do not want any crackers but father please come back. From that day diwali was the worst nightmare for me and I never celebrated again.

It has been 26 years of that incident, now I have my own child and a husband who reflects all the qualities that of my father. My child made me realize that life is all about good and bad memories, but if we just lean on the bad ones, we will never be able to charge the good ones. She made me celebrate diwali again after so many years and this time it was not a nightmare but indeed the best day of my life. 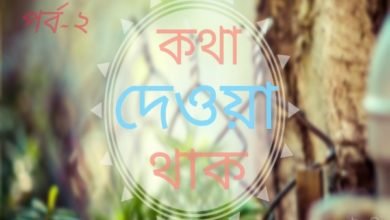 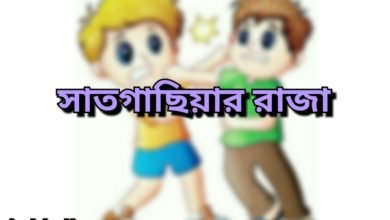