“Well yes, it is because I was named after my grandfather” said Shadab confirming Milli’s father’s statement. “Your Grandfather?” asked Milli. Milli’s father was shocked and because he could not believe what he was hearing he asked him the same question himself to which Shadab replied “Yes Nasir Shadab Ahmed was my grandfather. Sir I called you in because I saw you are wearing one of his creations. I know what he made then was supposed to last for an unusually long time but what I am seeing in front of my eyes is practically impossible!”. Hearing this Milli confirmed Shadab that it is true that her father is wearing that very pants for ages.
All this time Milli’s father seemed to be in some other world as if he was not in the office of some fashion studio and actually somewhere else. Suddenly some words came out of his mouth “Nasir uncle ‘was’?”, both Milli and Shadab looked at him. “What?” asked Shadab. Shadab then started explaining how one day his father made fun of his grandfather’s work by calling it “Mere Tailor’s work” hearing which his grandfather left the house they were them living in. his Shadab’s father was too proud to look for his father and thus when Shadab became old enough to look for his dear grandfather himself he was to be found nowhere. He even went to his old tailor shop but it was closed. He then started believing that his grandfather is no more until he saw Milli’s father in those “Blue Pants” he had seen a pair at his place too, when he asked his grandfather about them he got to know that his grandfather had made two one for himself and one for his friend and they were to last just like their friendship. “But the pair I had is in the worst condition possible for a pair of trousers to be in, how come yours are as good as new?” asked Shadab to Milli’s father.
Milli’s father was quite for what felt like forever and then finally he broke the silence by saying “Because they are not old”. “What I thought…” Milli was saying when Milli’s father interrupted her and said “Yes they are old but not as old as everyone thinks they are.” He told how 22 year ago he found his Nasir uncle opening his tailor shop that he had closed after his son, Shadab’s father had opened a bigger boutique like shop in Esplanade. He then asked the old man what made him come to this old place after all these years to which the sad old man answered “Destiny”. He did not mention his son one else, he never told Milli’s father what was his reason of return. Since then he lives in that shop secretly as he had told Milli’s father that he needs isolation. He saw Milli’s father wearing those worn-out blue pants and decided to make another pair for him. Ever since he had been secretly living in that shop under Milli’s father’s care. Milli’s father told the two of them that caring for Nasir uncle felt like taking care of his own father to him. But with passing time he kept becoming more silent and would only make clothes especially the same kind of pants over and over again. Milli’s father would provide him with everything and to keep him happy he would wear those pants but to keep his presence a secret he had made it seem as if he had been wearing the same trousers forever, which is of course impossible but still believable as his father’s pair lasted almost 20 years.
Shadab was shocked for two reasons, firstly because his grandfather was alive and secondly because he never thought a son could be this much dedicated to his father as all he had seen was his ungrateful father who never actually cared about his own father and his work. Shadab had learnt the same and never really cared for his father but what was in front of him was something new and beautiful to him. A son who loved his father so much that he refused to dispose his father’s clothing and even his father’s friend was like his father to him. A daughter who was not ashamed of what her father did or wore and loved him with all her heart.
He requested Milli’s father to take him to his grandfather and without wasting any time they went to the tailor shop that had created those miraculous pants. The shutter was locked and seemed that they were locked for decades, and they were. The shop had a backdoor and they entered through that to find a brighter and more creative place than Shadab’s studio itself. Milli’s father thus, wanted her to study fashion so that one day she could portray those marvelous clothes made by his beloved Nasir uncle. In between all those colors was a sewing machine and a very old man was seen stitching something. Shadab exclaimed “Bade Abbu!”. 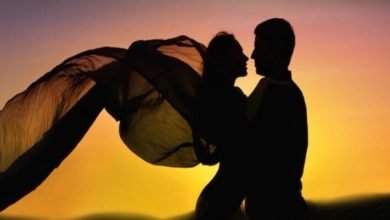 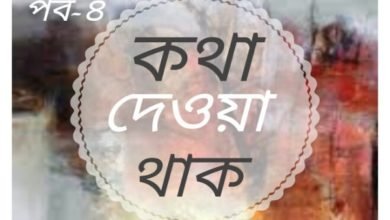