It was raining heavily and a day off for Shweta. She was exactly doing what she actually loves to, yes she was sitting beside the window with a mug of black coffee and Pink Floyd over the headphones. What else it could be on a rainy day? Her eyes looked tired as if she have not slept for years, as if she has been crying for ages. Shweta was a 32 years old woman who was once married but now stays alone. A tear drop came across her chin, the rain reminded her of the first day in college, the first time she saw Vivek. He was a senior and was the lead singer of the college band, every other girl in the college was running after him. Like other girls shweta also had a crush on him which was neither entertained by herself nor by him. But soon things changed, a cultural program made him fall for her, she was looking pretty in her classical dance costume and her dance made everyone speechless. They both knew their hearts but never spoke it out and even it was not needed.

Vivek wanted to take up singing as his career but due to the family pressure soon after being done with the college, he applied in a bank. In a few days he was asked to join and he started working. Shweta and vivek they both were serious about each other and decided to get married after she gets a job. Soon she got a job and within the next two years they got married. In a year they got shifted to their new home and they were leading a happy life. It was Friday when vivek came back home excited. She asked him why was he excited and he replied that he has resigned as he got the opportunity as a playback singer in a daily soap. She was happy but also she was tensed. He told her that he has to leave the city that without her. The phone rang and he received a call that the company has chosen a different singer and there is no need for him. Shweta started crying she hugged him tightly, but he took himself away from her. From that day onward he started misbehaving with her, maybe deep inside he was feeling inferior than his wife. Things got worst when vivek forced her to leave the job and slapped her when she said no to it. That day itself shweta decided to leave the house. She left a note and left when there was no one in the house.

Giving sip to the cup, she realized that there was no more coffee left in the cup and the sky was also clear, though she was feeling cold and decided to make another. She got up and and started walking towards the kitchen, she found her phone vibrating, it was a message from an unknown number stating a huge guilt feeling text and a sorry. Just after she received the message, there was a phone call from the same number, her breath became heavy and heart started beating fast. She answered the call, the same old voice which she heard four years back was on the other side, they both wanted to say something but maybe time was the wall, maybe they lost their words, maybe they spoke in the silence or may be the presence was enough to understand everything. 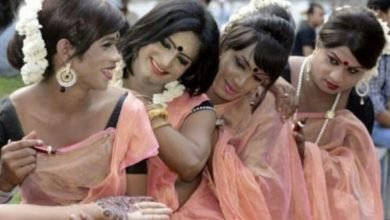