The bond was broken. The girl was standing there alone, nobody was there. Just a moment before she had called Touhid to come over to that place.

She had broken up with her three year long boyfriend Touhid as she found it difficult to tackle his immaturity, anger and over-possessiveness. Their fights used to reach at an ugly stage when they both became violent and vulgar like predators. At that point, when she felt darkness all around her, there came the boy Ankush in her life as a sparkle of light. She started talking and soon felt an immense infatuation towards him.

After some days,  Ankush asked her out for a date and though she liked him, she hesitated a bit and refused his proposal. She noticed a kind of ignorant behaviour from him after that refusal. But without losing hope, she tried to build up that old chasm between them but failed miserably because every time Ankush asked her out, she either ignored or refused it. Something was stopping her from going there but what was that she couldn’t understand.

This cloud of confusion got clear when Ankush asked her for a real time date in a pub, she then realised it was all about her body not her soul or mind that attracted him. She thought about it  the whole night, and felt blessed that she did not say a yes to him. Now she found herself in deep loneliness and decided to take a final decision.

She did not wish to go back to Touhid as she already declared in from of him that she did not love him but then she thought about her mind and the way it stopped her from going with that creepy boy. As she was totally confused, she went for a walk for some fresh air and perspectives. And much to her awareness her subconscious mind already made a call to Touhid.

“Hey”, Touhid’s voice startled her as it came from her back. Her mind was wandering all this time so when she turned, she actually froze to see him after so many months. Both her voice and nerves was shaking as she came closer to him, before realising what she was saying, she spoke out of her mind, ” I love you”.

Touhid took a step forward and before saying something, she found herself in his arms. Savouring this moment and his touch she then listened his words, ” I have trust on you… on us. This time I will be a better person. But please never ever leave me alone.”   As she was pouring these words in her heart, she found her own happy little space of understanding what it meant to be truly madly in love. 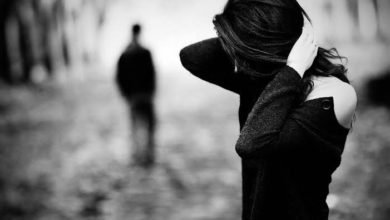 Why Snape will Always be with us.