The Australian Open 2016 marked the end of one of the greatest fighters in sporting history, Lleyton Glynn Hewitt. The former world number 1 bid farewell to his professional tennis career in front of his home crowd at the Rod Laver Arena after falling prey to Spaniard David Ferrer. Hewitt’s esteemed career which started from the year 1998 includes two Grand Slam titles. He made it into the history books after winning the Wimbledon, the biggest prize in the world of tennis, in 2002 when he defeated David Nalbandian in straight sets to win the trophy. With this win, Hewitt earned the tag of the youngest player in the men’s circuit to have won the Wimbledon, at the age of 20. The 34 year old also conquered the Us Open Title in 2001 and made it to the finals in 2004 where he was defeated by none other than Roger Federer. In his almost 20 years long course, Hewiit has won 616 singles matches while losing only 262. The boy from Adelaide, South Australia stands as the winner of 30 career titles and also became the youngest ever male tennis player to be ranked the world number one. Lleyton Hewitt finally decided to hang up his racket on 24th January 2016, breaking millions of hearts. The world of tennis will surely miss the trademark “come on” after winning a point but the Australian will surely be remembered as a true champion and a valiant warrior.

So here is a look back at 5 of the greatest matches of Lleyton Hewitt :

At that time very little was known to the tennis world about the left handed youngster from Spain, Rafael Nadal. LLeyton Hewiit came into this match as the firm favourite but Nadal definitely changed the equation as he was desperate to leave a mark.

Nadal pushed Hewitt to the limits but the Australian was victorious in a match that saw the arrival of Rafael Nadal in Australia – four years later he would take the title.

Hewitt and Baghdatis played one of the games of the decade when they locked horns in the 3rd Round of the Australian Open in 2008.

It wasn’t until just before midnight that Hewitt and Baghdatis stepped onto court, the late start being caused by then-world number one Roger Federer unexpectedly being pushed to five sets by little-known Serb Janko Tipsarevic earlier in the day.

Baghdatis took the first set 6-4 before Hewitt fought back to take a two-sets-to-one lead. He then built a 5-1 lead in the fourth set, and reached match point at 5-1 up before Baghdatis would, from seemingly out of nowhere, storm back, take the set in a tiebreak and send the match to a fifth set. Hewitt would break early in the final set and would get to match point in the eighth game, and after over four-and-a-half hours, would win another five-set thriller to advance to the 4th round.

Rod Laver Arena witnessed a brutal mental and physical battle between two tennis legends Lleyton Hewitt and David Nalbandian which went down to all five sets.

Nabaldian went two sets down but never gave up easily. He faught back brilliantly to level up the score to two sets all but Lleyton Hewitt was just too good. The Australian prevailed 3-6, 2-6, 6-1, 6-3, 10-8.

Sampras defeated defending champion Marat Safin in the semifinals and went into the finals as the favourite to grab the trophy.

But Lleyton Hewitt surprised the crowd as he took the first set in a 7-6 affair.

After that, Hewitt lifted his game and Sampras couldn’t match him, the young Aussie at just 20 years of age had won the title and shortly after became the new world number one.

Lleyton Hewitt has always been known for his amazing fighting spirit and his extraordinary comebacks. But his greatest ever comeback was against the greatest of them all, Roger Federer. In a match that would determine the result of the tie, Hewitt somehow pulled off the uthinkable coming back from two sets down. Federer was in fine form in the opening two and a half sets, but the pressure got to him and Hewitt took his opportunities to find himself back in the match with aggressive baseline play.

Even Lleyton Hewitt himself puts this match at the top over his two grand slam victories including the 2002 Wimbledon Final, due to the situation he was in and the opponent he was facing. This incredible victory for Hewitt earned him the respect of the whole world. 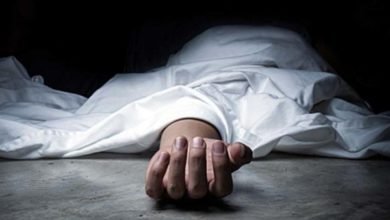 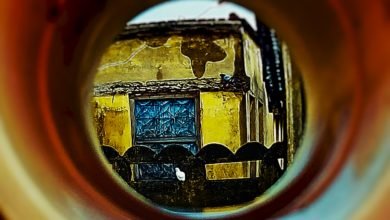