The 23rd Kolkata International Film Festival was not only the place of worship for the film makers but also a gate way for the common mass to know about the world. Inaugurated on 10th November, 2017 by Amitabh Bacchan, Shahrukh Khan, Kamal Hasaan along with Kajol and Mahesh Bhatt. Our Chief Minister Mamata Banerjee made sure that the 23rd KIFF is a festival in its true sense. The 8 day long festival celebrated world cinema and expressed the diversity of our colorful artistic world. The colors this year seemed brighter as child actors and films that incorporated kids had great impact on the people, the viewers. Few of those remarkable creations are:

In a great number of films which were talked about most in this film festival had a kid in it. No not as a side character or something, but they had parts with great significance. The kid either is the reason behind the entire plot or is the one about whom the story is. The movies featuring kids successfully penetrated the minds of the viewers and have marked its place. The inaugural film “Yellow” an Irani film directed by Mostafa Taghizadeh starts with the death of a kid. Though the kid has no name nor any other identity but had that kid not got hit by one of the lead character’s car, the story wouldn’t have started. Though rest of movie revolves around one of the characters being in coma and the rest trying to cure him, the death of that little kid was what had a great impact on the views.

Sol, a nine year old who was caught shoplifting but has a very observant mind. She was sent to her aunt and uncle’s so that she gets to know the real world. Director Asa Helga Hjorleifsdottir focused on the mindset of a kid and kept the film that way. Sol gradually gets used to the far life and there she experiences a life changing moment when she helps in the delivery of a calf. Small moments in that farm helps Sol to discover herself. She was made to share a room with an adult man. Though this was unusual Sol did not think so, she befriended him and gets inspired by his habit of maintaining a journal. The abstract visuals of her imagination is also portrayed by the director.

Gradually the significance of a kid increases with the French film “Son of Sofia” directed by Elina Psykou, by the name itself it is clear that the story is about a son who has to move from Russia to Greece for his mother Sofia. The entire story is about a mother and his son. The struggle for a kid to accept that his mother is now someone’s wife who is not his father. This particular film is more about feelings and language wouldn’t be a barrier for someone to connect with it. ‘Misha’, the son only knew his mother and she was his world and the feelings were the same from Sofia’s side too. There are scenes totally abstracts showing the turmoil the kid was going through.

India was not behind and had their own kid for us to connect with, named Ishu. The film was based on a novel and not even the author of that novel had seen the film before it was screened in this festival. Director Utpal Borpujari did an impeccable job at portraying a typical Assamese village where most of the villagers believe in spiritual things more than facts and science. “Ishu” is also name of the movie and the lead character Ishu is a little boy who has no special qualities but had love for his family and a clean heart. Ishu has an aunt who knows a lot about medicinal qualities of various leaves and she is very much into treating the villagers but not everyone was the biggest fan of her voluntary help and they tried to cut Ishu’s aunt out of the village. Ishu with his courage and a little help of his sister-in-law he gets his aunt back. This film is very subtle and simple yet extraordinary.

Director K. Ramesh Kamath had his entire focus on kids only. “Aa Vai Jaa Saa” is a story volving around four kids belonging to four different castes and religions. They get influenced by the four “S” principles namely Spiritual (Aadhyatmic), Scientific (Vaijnanik), Secular (Jaatyatith) and Social (Saamajik) and the same are abbreviated as “Aa Vai Jaa Saa”. In the entire story the children uphold the principles of Aa Vai Jaa Saa. Sometimes what children do very easily, we adults cannot even thing of doing that. Our minds are filled with such complicated thoughts that we fail to see the simplicity of life. In this movie the director has depicted the ability of children.

Out of all the movies related to a kid “Clint” is different as because it is not something fictional. A child prodigy named Edmund Thomas Clint who only lived for 7 years but had painted more than 25,000 paintings and that too remarkable. Director Harikumar retold Clint’s story by a docu-fictional film here at first he showed the interview of Clint’s parents and then showed the life story of Clint with the help of actors. Though the fact that Clint is not among us anymore is disclosed at the very beginning, the film connects so deeply with the viewers that one would not be able to stop himself/herself from shedding at least a drop of tear. A Day With The Psychologist 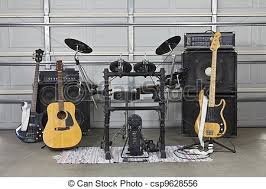