Keats did not gain any recognition in his life but he is a great Romantic poet. Unlike other Romantic poets, he was an escapist. He escaped into the magic and mystery of the Middle Ages. He was fascinated by Greek myths and Greek literature and art. He is a lover of nature and in all his poems he expresses nature through his senses.

In 1819 John Keats composed six odes, which are gems in English Literature- “Ode on Grecian Urn”, “Ode on Indolence”, “Ode on Melancholy”, “Ode to a Nightingale”, “Ode to Psyche” and “To Autumn”.

Ode on Grecian Urn: The urn depicted three pictures- a young man piping under a tree, a lover is in pursuit of his beloved and a sacrificial procession. The urn portrays sculpture’s imagination and men are delighted by seeing it. Human generation may pass away but this art will remain eternal. It is not affected by onslaughts of time. It will remain as beautiful as ever. Ultimately it will teach us a lesson that beauty and truth are eternal- “Beauty is truth, truth Beauty”.

Ode on Indolence: One fine morning when our poet was enjoying indolence, he was disturbed by three figures that were dressed like Grecian. He didn’t understand who they were and why they have come to destroy his fine day. Again when they reappeared he had deep urge to follow them. And then he recognized them as- Love (a lovely young woman), Ambition (weak and anxious) and Poesy (who is the main villain and tempts him the most). He was tempted to join them but he changed his mind and decides to enjoy his idleness by taking a nap. These visions ultimately failed to distract him.

Ode on Melancholy: The poet tells not to feel sad and commit suicide when in a depressed mood. Instead he suggests enjoying nature. To Keats, Melancholy deals with Beauty and Beauty will die one day. So it is better to feel the melancholy. Joy and melancholy are the two sides of the same coin. On who had tasted melancholy will enjoy the real flavor of joy.

Ode to Psyche: In Greek religion, “Psyche” means the “Soul”. Here in this poem Keats worships Psyche and desires to become her priest and build a temple for her. He describes “Psyche” in his own beautiful way and he promises her in the end of the poem “all soft delight” and says that she will get a chance to meet her winged boy- “the warm love”

To Autumn: As the title suggests, this poem celebrates the Beauty and glory of the season autumn. It is one of the simple of Keats’s odes. Here he describes the figure of Autumn as a female goddess.

An artist by profession and a lover of English Literature. When everything's around is dull my books give me a new hope. 5 Things That Make Kolkata The City of Joy 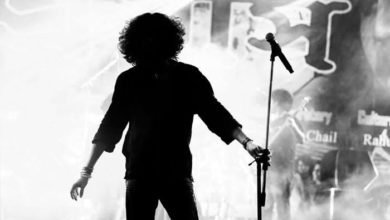