Lord Ganesha, with his long ears hears your every wish and fulfills it! Ganesha has the power to destroy each and every obstacle that comes in your way. Before every Hindu ritual, whether it is a marriage or anything, Lord Ganesha is worshipped mandatorily.

The duration of Ganesh Chaturthi varies from 1 to 11 days. During the festival, people bring Lord Ganesha to their homes and worship him with intense devotion.

Since the era of Shivaji (1630-1680), Ganesh Chaturthi was observed in Pune. But after the British over ruled, the festival no longer remained a public affair. It was Lokmanya Balgangadhar Tilak, a scholar and a social reformer who again re-started the festival in public.

Durga Puja is famous in West Bengal and likewise, Ganesh Chaturthi is famous in Mumbai. Preparations for the festival starts several months before the final day of the celebration. Artists from all across the country come to Mumbai to make idols. Tourists arrive from World-wide to witness such a grandeur spectacle.
Each idol is upto 15 to 20 feet high. People wearing new clothes bring Lord Ganesha to their home, chant prayers and offer flowers and fruits.

On the final day a procession is led out, accompanied by music and dance. Many Bollywood songs centre around this famous procession of Ganesh Chaturthi. People from across the country gather together during this procession with a lot of enthusiasm. The procession leads towards the sea where the Ganesha idols are immersed. And from here, starts a year of new beginning along with an elimination of every wrong doings and evil!

An artist by profession and a lover of English Literature. When everything's around is dull my books give me a new hope. 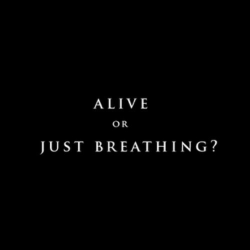 Suicide: a solution or evil?