Feminism has distracted somewhere from its original rootS in 2018. The word ‘feminism’ has an immense effect upon the society. It often wrongly associates with the thought of ‘anti-men’ or may be with something violent against men. But the true root of feminism lies in the fact of equity which often vanishes under the heaviness if equality.

A part of modern women believe in equality today, this thought process have both good and bad effect upon us. Good effects we can feel but under it, the bad effects have its scary face too.  The revolution for women’s right has been started long ago by Raja Rammohan Roy and Ishwarchandra Vidyasagar through their campaign against those tortures upon  women at that time. So we can say from the past if the men did not rise their voices against such inhuman activity then, the women could not even think about freedom as their mind was then habituated with such kind of domination and subjugation from male world.

A true ‘feminist’ asks for the real right in this patriarchal society,  they should believe in seeing these social problems in the light of humanity not as for some particular gender. For example, we all know that ‘smoking is injurious to health, it causes cancer’ – a true feminist will see it as a social problem which needs to be changed rather than making it an issue about if men can smoke openly in road why not women. Many austere feminist may go oppose to this, but the truth remains always constant under any circumstances, so if something is bad, it is bad for all.

Feminism is a serious issue, it talks about women liberty, it frees the women from the bondage of an abusive relationship but at the same time it talks about the duty of women who can handle both her professional and personal life with equal care and attention. Women are not a commodity, they have their own potential so if a parent, despite being an educated family, give dowry in their daughter’s marriage, that girl should show her feminism and stop that because this exchange of money will make that girl a commodity in the eyes of groom’s family. Women should stop treating themselves as some weak creatures, they should do what is right.

For example,  in that crowd bus or metro where a old man is seated on the LADIES SEAT should not be overthrown by females in the name of ‘ladies seat’ rather they should help that elderly person and make him seat there.  Women should stop taking the advantage of being a women. Feminism  should start from here. Women should treat themselves as human beings first rather than some different creatures.

Stop being the different one to take advantages, be the kind one and do the right. Because feminism always says about helping each other to grow up. 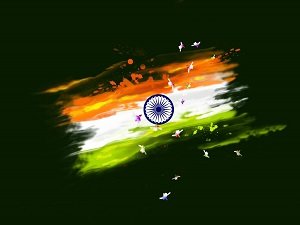