“He is our son!” he exclaimed. “And she is our daughter!” she shouted back. “You spend hours praying to Goddess Durga, Sita, Laxmi, and Saraswati; and you don’t give heed to your daughter’s healthy life?”

“I tell you Raman, one day, Lalita shall make you proud. Mark my words”.

Yes, Sharmila was right. Suman died in an accident age of 19 and Sharmila couldn’t take the shock.

It has been 15 years since that fateful day. Lalita is an independent lady now and runs the home. Sharmila’s words still ring in Raman’s head.

Education is among the basic need in most of the countries in this world. Perhaps that is exactly why governments are so eager to increase literacy percentages in developing and under developed countries. Speaking of under developed countries, education might seem to be a luxury to those people who are below poverty line; though governments are trying more than their level’s best to improve the situation.

Coming back to education, there is a sharp line of difference between education and literacy, which majority of human beings either don’t know or ignore. An educated man many not be literate or a literate man may not be educated.

Say, a boy who doesn’t know to read and write have been taught folk music and dance right from his childhood. So, isn’t the guy educated in folk lore? Of course he is, but he remains illiterate.

So why shall only males have right to education and females wont?

Thus that little girl has all the rights her younger brother enjoys, even right to go to school!

Women can not only take care of kitchens, but also of work outside home. Just imagine her potential. A woman takes care of the house, cooks, maintains hygiene of home takes care of her children and also efficiently takes care of office work. Amazing all rounder they are!

If a girl earns, she shall help her family with her income and that is an obvious benefit, isn’t it? Just with a little help during school days, she shall turn into one successful lady in life!

There is a perspective of many people in this world, especially in underdeveloped nations that women can survive only being dependent on males; be it their father, brother or husband. This notion is absolutely wrong and needs to be understood.

Lalita was writing an article on female education. Hearing her father’s voice, she got up and found that he was talking to her mother, rather to her picture, and was praising Lalita’s upbringing. Lalita could clearly see Sharmila smiling from the photograph. Facts of surviving away from home 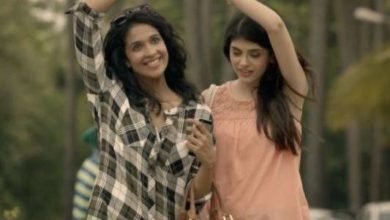