On Feb 29 ,our finance minister Mr. Arun Jaitley has announced “The union Budget 16-17”. In this year budget  according  to Raghuram Rajan, Jaitley didn’t follow the growth model (As John Maynard Keynes pro growth model) rather than follow  the stability model. In the previous year the Modi government had announced to stick the overall GDP(16-17) between 8 – 8.5 . But as we know in some state drought  and less rainfall are liable to come down  the GDP to 7.6. All though in different sector we did not perform  well enough  till now ,more or less from my opinion Jaitley’s  budget will help the poor as well as lower middle class family in India.

According to article 292 government can borrow any amount of loan from inside India as well as outside India.

THRUST AREA OF THIS YEAR BUDGET.

All though (WPI+CPI) the inflection is more or less reducing but still we need some more stability in case of CPI. In the case of CAD we have done extremely unwell because our import is continuously  reducing than export.we need to focus MAKE-IN-INDIA. Another two sectors have done  continuously unwell that is FDI and FII. In case of  FII  it is  running in negative because  the foreign investors pulled out (Hot Money)the money from the  Indian Institution so we need to improve our specially Educational Institution FDI also has been come down from 34.8 B$(2007-08)to 21.5 B$(2013-14) to 16.6B$(2015-16) maybe the foreign investors is not feeling to secure to invest in India. That is why jaitley has open the agriculture and the food processing sector with 100% FDI and then may the foreign company will be Interested. In the case of food production may we  have done well but  still their  is a need of another  food revolution to push the food sector more large .

From my opinion this year budget have  allocated  highest number of allocation  in agriculture  and rural sectors ever since 1951. But we need more effective  irrigation system and ground water resources for agriculture sectors. As i am writing small review about budget 2016-17 , i dint cover-up the all sector that Jaitley has announced in his budget(Social Sector, Education, Skills , Job creation, Infrastructure , Financial Sector, Technology). The government should step forward with very consciously  further so that there budget will  not blamed itself a false one. we the poor and the lower middle-class family  who are faithfully looking  to this budget may will get exactly the budget is. At last  i want to refer that there are lots of  sector which have not been developed yet, lots of works are still pending . Its turn for Modi government  to do a massive change  for India and own the faith from us. 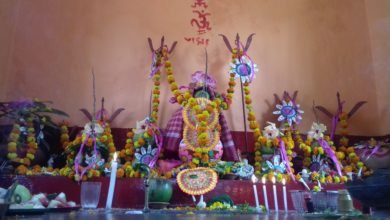