India scoring  dismal 2 medals in Rio Olympic wasn’t humiliating enough. Athlete OP Jaisha was not given water while she ran in the 42 km marathon in Rio.”I could have died ” she said after the marathon.

The actual ignominy lies , in the fact we aren’t able to maintain basic standard of humanity . OP Jaisha remained unconscious for 3 hours after completing the race  .Then  admitted to the hospital.

A star Indian sportswoman from Kerela , a track and field athlete .She is the record holder for India in marathon races and won the Bronze medal in 2014 Commonwealth games.Described by many critics as the best Indian track athlete she finished a dismal 85th in the Rio 42km marathon , she also took part in three other events.

Even when she fainted there wasn’t a single Indian official to be found. Indian athlete’s have always complained of lack of support compared to their opponents . Even when PV Sindhu was playing in the finals against Carolina Marin of Spain. The supporters of Marin were more in numbers and louder.

What is the stand of Athletics Federation Of India(AFI)  ?

The AFI has said in a press release that OP Jaisha and her coach both did not inform the officials for any personalized drinks .Hence shifting all of the blame on OP Jaisha .The mystery lies in the fact who is lying .The whole case may just be the recklessness of her coach who was reported to have become very nervous when Jaisha was admitted to the hospital.

Top 5 controversies  for India at Rio:-

Why India’s performance at Rio hurts?

Not just the officials but the way we support our athlete’s may need a change.More awareness needs to be created , truth be told cricket is not the only sport played in India .The warm reception Indian athlete’s Sakshi, Sindhu and Dipa got may just be the start.

Apathy of officials is no doubt in limelight. The only thing people have found them doing is enjoying and taking selfies. Atheletes were made to travel in economic class while officials traveled in business class.”Officials do not have welfare of athletes on their mind. All they want is to have a good time” said Aslam Khan former Indian hockey star.,Even during the winter olympics the the officials who were going through criminal cases were denied entry , why keep such officials in first place. AFI needs a overhaul , the President is 70 years old and his efforts severely criticized, most senior members have made the post heredity passing onto their sons . More people who are passionate about the sports need to get in the body,many ex-Indian athlete’s are excellent to take up the place.

The OP Jaisha incident needs to run wild .Else any chance at making some changes at the top of the tree may just remain a dream. Bottomline India’s Rio campaign which most touted to be a game changer turned out to be clouded in controversies. 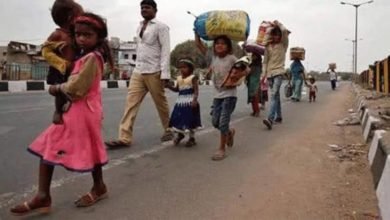