‘Oh, I should see a psychologist!’ there are many a time we think of such words, we try to cogitate our problems, we feel sure of getting rid of stress and anxiety with the aid of the psychologist…but have we ever seen it through a psychologist’s life? Of course not…we never thought of them in general. Psychologists too are human beings, they have emotions, they have a life and they also have a family.

‘Have you ever felt of discontinuing psychology?’ I asked her…giving a sip to her fresh lime soda she said ‘no, never…psychology is my first love, I can never betray it.’ yes I was with a psychologist talking about her life and the situations they often face in their profession..as we discussed, many things came up…so I continued talking to her and she kept opening up.

Everybody has an idea that if you are a psychologist you know everything and then they come up with their problems, even the family members including the parents do the same with immediate reactions that their family member is a psychologist and would understand things better…but no….. they are also human beings with limitations…if they have to be so in their home then were to open themselves up?

The clients often get reliant on them. In fact, sometimes they get attached to the psychologist so much that they start to see them as their dearest one and even a lover. Psychology being a profession does not allow any personal relationship and the psychologist also makes it clear from the very beginning that someday the therapies or the treatment will end and they wont be with them forever until the clients are able to manage their situations. These things are very stressing for a psychologist as sometimes people do not understand the limitations.

Spending a few hours with her, I realized a few things… I do not know that if  each and every psychologist feel the same or not, but these are the very common difficulties they may face. But these struggles never stop her from being a psychologist… she is proud of herself, her work and will never give up on it.. the last words I heard her say “ you have to be insane, to calm the insanity.” 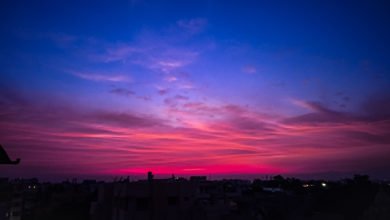 5 things a girl must do for her guy!