For us, fear mongers, what could be more intriguing and fascinating than creepy, haunted places which give you the heebie-jeebies? The thrill of visiting a supposedly haunted place is unmatched, isn’t it? It is expected that Kolkata, one of the oldest cities in the country, will have quite a few places which the weak-hearted must avoid. Here’s a list of 10 haunted places in Kolkata, just in case you’re bored of your monotonous life and would not mind a bit of adventure.
1) The Numerous Ghaats under the Howrah Bridge 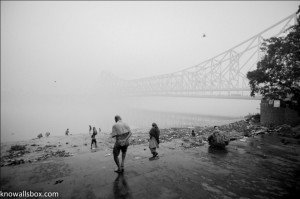 The ghaats are usually crowded during the day. But they adopt an altogether different persona at night. If you visit these dimly lit ghaats at night or at dawn, you might just see hands floating in the river. Yes, you heard that right. People have indeed reported such sights. George Williams, a racing enthusiast, owned a beautiful white horse named Pearl, who won his races for him. As the horse started ageing, things started going south. After one match, Pearl was found lying dead on the race tracks. Now, William saheb ka sada ghora is quite a common sight for those who visit the tracks in the wee hours of dawn or late at night.
3) The National Library 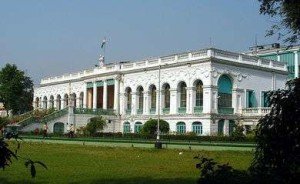 It would be wrong to talk about haunted places in Kolkata and not mention the National Library. Home to previous Governor Generals of India, the national library clearly has something spooky about it. The spirit of Lady Metcalfe is said to haunt the main building. So the next time you’re sitting there, engrossed in books, and you feel like someone’s breathing down your necks, rest assured- you’re probably right.
4) Rabindra Sarobar Metro Station When it comes to committing suicides, people invariably choose railway tracks. Recently, the number of such suicides have increased and this particular station has witnessed quite a few. People taking the last metro at 10:30 PM have witnessed eerie, spooky figures appearing and disappearing in a matter of seconds. Why not try it out once?
5) Nimtala Burning Ghaat 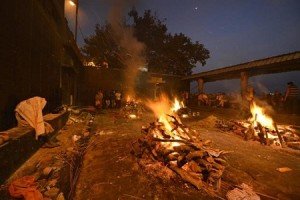 If there’s a “shamshaan” or a cremation ground, spooky stories surrounding it are bound to be galore. The oldest burning ghaat in Kolkata, is said to be haunted by “aghoris” who feed on the remains of the cremated dead bodies and practice occult magic.
6) Writer’s Building That great, magnificent red building in BBD Square is rumoured to be haunted. Those who have worked in the building after sunset have claimed to have heard strange unexplained noises. Any old building with a history is bound to have some mysterious and supernatural elements associated with it.
7) Hastings House You cannot be a resident of Kolkata and not have heard about the strange occurrings in the house which used to be inhabited by Warren Hastings. People living in the area have reported of a man on a horse within the premises. Lord Hastings is supposed to still be haunting the area.
8) Indian Museum 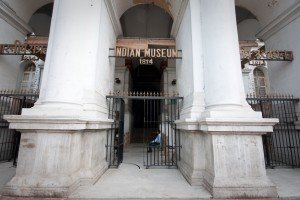 What could be scarier than an old building filled with skeletons and coffins and mummies? People usually tend to avoid the museum post sunset owing to reports of strange sightings and lamentings of women.
9) Park Street Cemetery The Park Street Cemetery has emerged as a popular place to hang out for students of colleges in the area. Little do they know that this place is supposed to be the home to many spirits. Well, what else do you expect in a cemetery? You aren’t allowed to enter the cemetery alone, or after sunset. Did you ever wonder why?
10) Putulbari Imagine a house of dolls. An old, dilapidated building with hundreds of spooky stories surrounding it. The first thing that strikes you about the house is its eerie ambience. Did that just send a chill down your spine? The house of dolls or putulbari is located in Ahiritola, opposite the Ganges river. Apparently, souls of women abused by zamindars who built this place inhabit the building now. Creepy much?

Jashodhara is currently a student of English Literature at Loreto College, Kolkata. A lover of good books, good music and good food, she believes that words can create magic. She believes that there is a story hidden behind every face and that is what she strives to unveil. She hopes that her words will, one day, be the voice that changes the world.