Sending off the loved ones is never an easy task and the underlying pain is well depicted through the poem “The Send-off” by Wilfred Owen. Owen here describes the melancholy situation where soldiers are taking adieu from their families and surroundings and everyone is bidding them good byes with hard feelings as if they will never exist for them from now. The poignant sense of loss and destruction of young lives as the result of the brutal war is  beautifully expressed through this poem.

Wilfred Owen is considered to be one of the finest war poet. “The Send-off” is a melancholy poem depicting the undercurrent sense of sadness. This poem is written in a complex language expressing the complicated rather say complex reaction of both soldiers and their surroundings, under which remains a lonely feeling of war. “And lined the train with faces grimly gay” here the poet uses the figures of speech which are based on association, metaphor to be precise. The poet here points out the difference between inner mind and outer reaction. The word ‘grimly’ suggests a happy mood this from the very beginning the poet underlines the fact that the poem is not that what apparently it means to be, there is always an undercurrent melancholy feeling.

In this poem we find almost in every line there are assonance and alliteration. ” Down the close, darkening lanes they sang their way”. In this line we have both assonance and alliteration. With this the poet achieves an undercurrent sense of lamentation for soldiers. We have also another poem which depicts the same devastating state of war, ” Asleep in the Valley” by Arthur Rimbaud. Though this poem presents the post-war casualty effectively and “The Send-off” depicts the pre-war situation where the poet shows the mental condition of a soldiers family. Both the poems are implicit in its form different from the theme what it apparently presents to be at first. Both the poem pulsates in thr same melancholy feeling of devastated sight of the war. 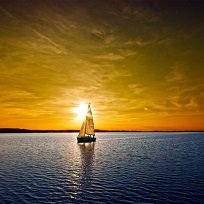