Schools days are the most memorable for every one of us. This is the time we become matured. Yes, we become matured enough to get hurt. Students can never forget their school teachers. At some point of time, I wish I could stand up and say “please stop judging us” but I couldn’t as I was afraid of the consequences. There are some teachers who judge their students by their marks. They like to speak with good students and they love to teach them only. students should be proud of their school but for these kinds of reasons they literally hate their school. Even I have seen some make their favourite students sit in the front. They teach as if only they are in the class present and no one was required. There was a girl in that school named Priya Gupta who was a joke to every one.

Priya’s friends’ gave her different names like fatty, potato, hippo. She was a element to laugh for everyone. Her sit was in the corner. She remained invisible and accepted herself like that since all her school years. The girl never come out of her class because people laugh at the very sight of her. Thus, she avoided debates, elocution, any sort of competition or exhibition. When her mother didn’t give her tiffin, she never went at canteen as well. Priya was afraid of getting taunts by seniors or by friends. Even the guards of the school bullied her when she entered school. It was pathetic and made her fall in depression.

We all got promoted to standard nine and got our new prefects.  It was the time for celebration. On our first day, two guys entered together in our class .Both looked absolutely same. The only difference spotted was one was short from the other one and rest, from head to toe is absolutely same. They introduced themselves as Shahid and Zaryaan. The elder one, Shahid put a curly hair band on his front portion of his hair to make his hair wavy. Then again, he opened it and suddenly he sneezed. His beautiful hair fell on his forehead. It touched her heart such, that she felt it happening again and again in slow motion. She felt like securing his cute hair with a clip. Peering into his eyes, she cooed – I’m so happy today. Priya could no longer retain her stern composure – she dissolved  into peals of laughter first time in her entire school life. 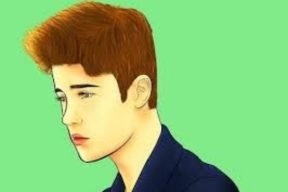 After 7year after their school life

Priya left behind the darkness and ran towards the light, but even then, her anxiety did not leave her.  There were hordes of people around in the city of Benaras and even in these brightly lit surroundings, she felt insecure, as though she had lost her physical self in the darkness…