“What is this Mr. Halder?” asked his boss to him. “What sir?” he asked his boss back. “You are working here for last 3 decades and never have I seen you wearing any other pair of trousers, this cannot be tolerated. I know you are just a clerk but our firm has some reputation and this attitude of yours towards the dress code will hamper it.” Poor Milli’s father did not argue further with his boss and started doing his work. The pants he wore were in good condition and of course, his money-saving mind never thought of buying another pair until these become completely worn-out. But his boss’s words had hurt him deep and n matter what he couldn’t stop thinking about that.

That evening he did not take the bus, in a dreamy manner he walked, he walked until Shyamal, a young lad from his Para called his name and asked if everything was fine or not. He mechanically nodded in reply to Shyamal’s question and resumed his walk. His wife immediately understood that something is not right with her husband when he did not go to the bathroom to fresh-n-up and directly went to sleep. Milli’s mother told this to Milli. Though she had no clue what made her father this depressed, she knew what would divert his mind from that. Milli, she is her father’s princess and in short his everything. She remembers once when she did not score well, he had told her that not everyone can top a single exam, only one person will come first, what one can do is take small steps towards his/her goal and be steady in his/her life, if one tries to take a high jump to the top, chances are there he/she would fall and get damaged beyond recovery but small steady steps will definitely take one to the top. Ever since that day Milli started seeing the world in a completely different way and thus, her solution for her father’s depressed mood was to take him to the fashion studio she is interning for and give him a change of environment.
The next day Milli’s father too as reluctant to go to his office and agreed to pay a visit to his daughter’s work place. Again he wore that very same pant but this time he actually felt the embarrassment of wearing that same pair of dark blue trousers that once belonged to his father. He still remembers the face of that friend of his father who tailored those trousers for his father. He used to call him Nasir uncle. He went to the studio with his daughter and was mesmerised by the interiors of that place. He had never seen a fashion designing studio before and the mannequins, the huge rolls of different types of fabrics, the classy fashionable interior had already brighten up his eyes. He was so much busy into admiring everything around him that he did not even bother to see what the name of that studio was. Milli had once mentioned its name but obviously he does not remember it. While he was busy looking around, he suddenly hears his daughter greeting someone. He then looked at that person; a fair complexioned man well dressed and was also wearing a fragrance that felt expensive, 5”11 tall and approximately 27 years old. “Baba, this is Shadab Sir, the head designer and the owner of this studio”, said Milli and then she introduced her father to her boss. While Milli’s father was thanking him for giving his daughter an opportunity to learn fashion designing under him, he noticed that Shadab kept examining his trousers. He thought like archaeologists can tell the age of any antique article, this fashion designer can guess the age of his trousers. Shadab asks Milli to come with him to his office. Milli’s father once again turns grey as his fear was actually turning into reality; he was feeling ashamed of himself as now even his daughter would have to go through the same embarrassment. Moments later the receptionist told Milli’s father that he was called into the office.
He went inside and as he was entering into the office room he saw his daughter’s face, she was tensed and was biting her lips. Milli’s father knew what that meant, she was thinking about something. “May I come in?” Milli’s father asked. “Yes Sir, please come in”, said Shadab. “Baba, he wants to ask you something.”, said Milli. “Ask me?” said Milli’s father with great concern. “Yes, actually these pants of yours…” “My pants? What? Oh yes they are very old but they were tailored by one of the finest tailors of its time” said Milli’s father interrupting her boss. “Old! Exactly, so who had made these? Do you know his/her name?” asked Shadab. “Yes yes! Uncle Nasir made this for my father. He was a very good friend of my father. These pair of trousers was made almost 50 years ago”. “Nasir Ahmed?” inquired Shadab. “Nasir Shadab Ahmed, strange your name is too Shadab.” 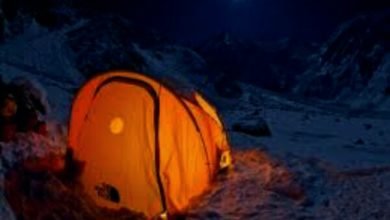