It was just another sunny day, when we met again. I was with our friend, when I saw him coming to us. Our eyes met. He was smiling like a child that to without reason. That was enough for me, to find a reason to be lost in him.

I was going to move a step ahead to talk to him.But…

Suddenly, I remembered we have stopped talking since many days.

Yeah, we don’t talk anymore. An uncomfortable distance has been built up between us without reason. I don;t know what he wants, neither he knows about my will.
Maybe, it’s just our ego which is working here.

Maybe, both of us don’t want to kneel down in front of each other.

Don’t know about him, but I know the reason for such behavior of mine. I’m afraid of getting embarrassed or making him feel uncomfortable because of me.
So, I’ve stepped back…

Unexpectedly, this time he stopped, and looked into my eyes. It was an eye contact I wanted to avoid, but unknowingly it was the one I was craving for.

His eyes were asking me something, as if they were trying to know if I’m okay or not. They were full of caring and soft concern.
He looked down again. His eyes were going through the sketch I have made today, which I was showing to our common friends.

And then, it happened again. But this time, his eyes were full of honest appreciation for me. A appreciation any girl will crave for. 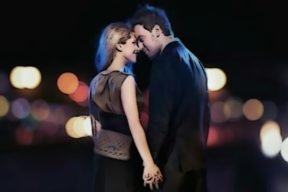 Shit! I couldn’t hold back myself anymore. His expressive eyes again made me fall for him more breaking all complications. We couldn’t resist us from hugging each other. And what a comfort zone it was. I wish I could look into those eyes forever.

I know it happens, that there is more than what meets the eye, but this time the eyes spoke louder than words. May be because, “the eyes have it”. The “Selfie”sh Mania Round The Globe